Peter Salem was a legendary soldier of the American Revolutionary War. At the height of the war on Bunker Hill, Salem killed British Major John Pitcairn. When Pitcairn asked Salem and the rest of the colonists to surrender, Salem opened fire on the major. Pitcairn later died of his injuries.

Salem was born a slave to Jeremiah Belknap in Framingham, Massachusetts, around the year 1750. Belknap sold Salem to Lawson Buckminster some time before the Revolutionary War. Salem’s last name may have been given to him by his original owner Belknap, who may have chosen the name after Salem, Massachusetts, where he once lived. It has also been suggested that Salem chose his last name after being freed, and that it may be a form of “Saleem,” an Arabic word for peace.

Buckminster allowed Salem to enlist in the Massachusetts Minutemen. According to one story, his master freed him upon his enlistment.  Salem took part in the war’s first battles at Concord on April 19, 1775. Salem fought with his company in the Battle of Bunker Hill along with twelve other freed African-Americans.

After the war, Salem spent his life living peacefully. He married Katy Benson in Salem, Massachusetts in 1783, and they built a cabin near Leicester, where he worked as a cane weaver. Peter Salem died on August 16, 1816, at the age of 66. 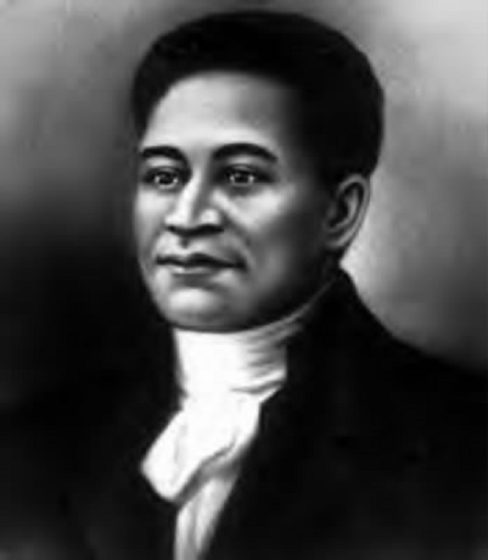