Ed Dwight Jr. was the first African American astronaut candidate for what is now NASA. After the death of President Kennedy, he resigned in 1966, never having gone into space. Dwight’s talents then led him to work as an engineer.

Dwight was born in the Kansas City, Kansas area on September 9, 1933 to Edward Dwight Sr. and Georgia Baker Dwight. His father played second baseman for the Kansas City Monarch.

Dwight joined the United States Air Force in 1953, pursuing his dream of flying jet aircraft. He became a USAF test pilot, and in 1961 earned a degree in Aeronautical Engineering from Arizona State University.

After earning his aeronautical engineering degree, Dwight was referred to President John F. Kennedy as a space candidate by Whitney Young Jr. In 1962, Dwight was entered into the U.S. astronaut training program as an experimental test pilot in preparation to become the first African American astronaut candidate.

Dwight persevered until President Kennedy’s death, when government officials created a threatening atmosphere. He resigned in 1966, never having gone into space. Dwight’s talents then led him to work as an engineer, in real estate, and for IBM. In the mid 1970s, he turned to art and studied at the University of Denver, learning to operate the university’s metal casting foundry. He received a Masters of Fine Arts in 1977 and gained a reputation as a sculptor.

He has sculpted numerous great works of celebratory African American art, including International Monuments to the Underground Railroad in Detroit, Michigan and Windsor, Ontario; a Dr. Martin Luther King Memorial in Denver’s City Park; and a bust of George Washington Williams in the Ohio State Capitol in Columbus, Ohio and numerous others. 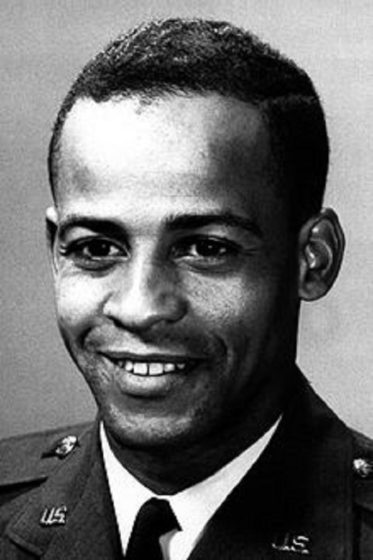