Queen Mother Moore was an African-American civil rights leader, legendary freedom fighter, and a black nationalist who founded the African American Cultural Foundation, Inc., which led the fight against usage of the slave term “Negro.”

Audley Moore was born on July 27, 1898, in New Iberia, Louisiana. Both her parents died when she was very young; her mother Ella Johnson dying in 1904 when she was six. She was forced to quit school in the fourth grade and later studied to be a hairdresser to take care of her sisters. Largely self-educated, she was inspired by the writings of Frederick Douglass and by Garvey’s oratory, which she first heard in New Orleans.  Her grandmother, Nora Henry, had been enslaved at birth.  Moore’s grandfather was lynched, leaving her grandmother with five children to raise.

Self-educated, Moore was inspired by the writings of Frederick Douglass and by Garvey’s oratory, which she first heard in New Orleans.  Her grandmother, Nora Henry, had been enslaved at birth.  Moore’s grandfather was lynched, leaving her grandmother with five children to raise.

Moore acquired the title, Queen Mother, on her first trip to Ghana, when she attended the funeral of Kwame Nkrumah in 1972. She worked with Marcus Garvey, the Jamaican-born black nationalist leader, and his Back-to-Africa movement; and was also a powerful advocate of reparations for slavery.

She often told the story of how the police would raid black hosted Fish Fries in and around New Orleans. They would arrest all the Black men only to return later and rape the Black women. Moore was also deeply impacted by the racism during and after World War I.

Along with her sisters, Moore relocated to Harlem during the Harlem Renaissance. There she became a leading figure in the civil rights movement and worked for a variety of causes. In the 1950s and 1960s, Moore was an outspoken advocate for African-American reparations. In 1957, she presented a petition to the United Nations and a second in 1959, arguing for self-determination, against genocide, for land and reparations, making her an international advocate.

Moore also served as bishop of the Apostolic Orthodox Church of Judea. She was a founding member of the Commission to Eliminate Racism, Council of Churches of Greater New York. In organizing this commission, she staged a 24-hour sit-in for three weeks.

Moore’s last public appearance was at the Million Man March in October 1995, where she was one of only five invited female speakers to address the historic demonstration. Moore actively promoted reparations until her death in 1996. 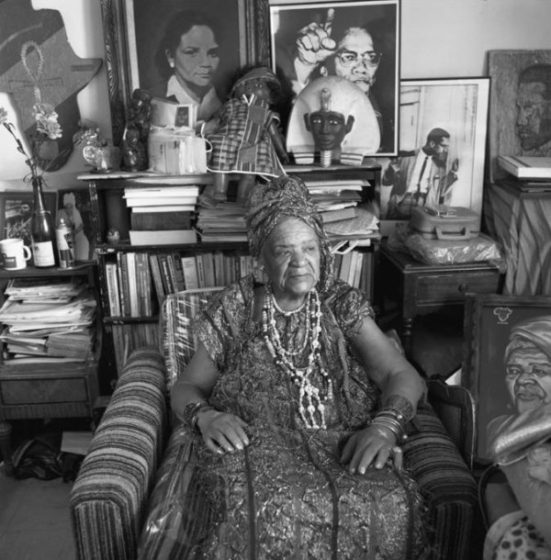