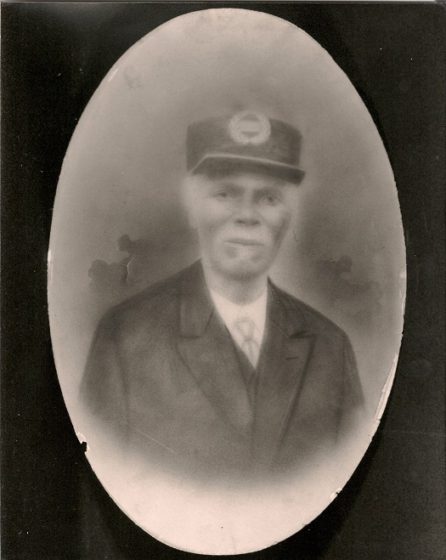 Samuel Ballton, a successful farmer, businessman, and believer in the progressive ways, earned the title “Greenlawn Pickle King” in 1899. He managed to grown 1,500,000 pickles in one season.

Ballton was born a slave on a plantation in Westmoreland, Virginia, in 1838. He married in 1861, and often thought about freedom for himself and wife. At one point, Ballton was hired out to work as a section hand on the Virginia Central Railroad in the Blue Ridge Mountains. During this time, he began to plot his escape. Leaving his wife behind, he managed to escape and secured a job working as a cook with a Northern regiment.

However, Ballton could not bear the thought of never seeing his wife again, so he risked being caught in order to see her. While traveling, he met up with rebels; “He put on a bold face and told the rebs he had been captured by the Yankees, but had escaped and was going back to his ‘old massa.’”

Although unable to take his wife with him, he escaped North a second time, but returned to her again soon after. This time, his plans was to help his wife escape to freedom. They walked 50 miles in 14 hours to Fredericksburg and freedom. In addition to his wife, he was also able to guide her mother and another couple of slaves to freedom.

Later, Ballton enlisted in a Massachusetts regiment and saw action at many key battles.

Ballton later arrived in Greenlawn in 1873, where he took a job as a farmer with Charles D. Smith. Ballton later worked as a sharecropper on the Alexander Gardiner farm and was highly successful as a grower of pickles and cabbages.

While working as a buying agent for a large Boston pickle house, Ballton earned 10 cents per thousand for all he purchased. He was able to acquire some capital this way.

He worked and later encouraged the growth of Greenlawn by developing land and building properties. He borrowed money from local farmers to buy and improve land, which he ultimately sold at a small profit. Ballton brought workers up from the South to work on the farms in summer and to build houses in the winter. Ballton died on April 30, 1917.