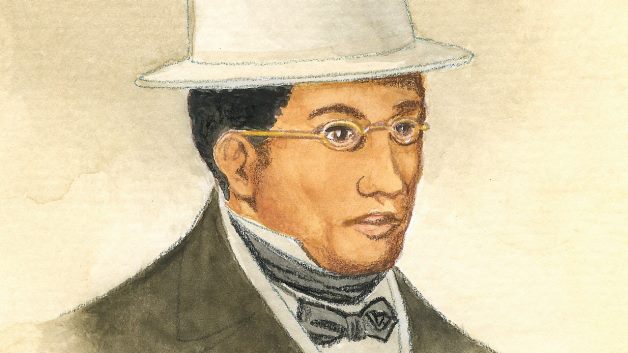 A lawyer and eventual judge who saw Free Blacks on the lowest social level possible. Adipta writes,”When seven-year-old schoolboy Henry Scott was seized as a fugitive slave from his classroom, the kidnappers forcibly brought the terrified child before Richard Riker, the magistrate of New York City. They claimed that the boy was property belonging to white Virginian Clara Haxall. Though they could not produce paperwork substantiating their wicked claim, instead of discharging the case, Rikers reputedly a former slaveholder—postponed the case and sentenced Henry to jail in the interim.” (pg133)

Until the 1850s, when a strong Vigilance Committee was established by David Ruggles, self-emancipated “fugitives” and free-born blacks were at the mercy of slave hunters, constables, lawyers, and others willing to assist slave owners in retrieving “fugitives”.

In fact, there was even a New York Kidnapping Club, composed of local officials who captured free blacks and turned them in for a reward. Black Abolitionists like David Ruggles, formed Vigilance Committees throughout the nation to protect their children. Moreover, they arrested the slave catchers and published their names and faces in black-owned abolitionists newspapers and pamphlets.

Former Luzerne County Judge Mark Ciavarella was sentenced to 28 years in prison and ordered to pay about $1 million in restitution last week for his part in the so-called kids for cash scandal.
Ciavarella was found guilty in February of 12 of 39 racketeering and fraud charges for accepting millions of dollars in bribes from friends who owned detention centers to which he sent juveniles.