Samuel McElwee: One of Tennessee’s Most Influential African American Men of the 1880s 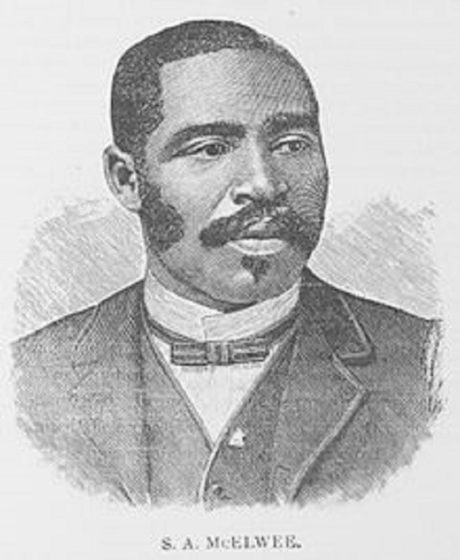 Samuel McElwee was born a slave in 1857 in Madison County, Tennessee. His parents were Robert and Georgianna McElwee. He was a lawyer and the most influential Republic party leader in Haywood County, Tennessee during Reconstruction. McElwee was the first African American to serve three terms in legislature and also the first one to be nominated as the Speaker of the House.

McElwee was born into slavery in Madison County, Tennessee. After emancipation, he moved along with his family to Haywood County, where he attended freedmen’s school for a few months each year.

In 1875, McElwee attended Oberlin College in Ohio. He paid for his education during menial work. After a year, he returned to the South, and taught school for three years as well as peddled books, Bibles, and patent medicine. However, McElwee still had the desire for more education. He continued to study Latin, German, and algebra with a white Vanderbilt student who tutored him twice a week. In 1878, McElwee enrolled at Fisk University after the tutor made university officials aware of his industrious student. He graduated in 1883, opened a store in Haywood County, and began reading law on his own.

After graduation, McElwee served two terms in the Tennessee General Assembly. During his first legislative session, McElwee introduced legislation to increase the appropriation for the education of black teachers. His appeal for support from white legislators rested on the foundation of African- American contributions to the history of the state and their opportunities in the future progress of the “New South.”

In 1888, McElwee’s political career came to an abrupt end. His conservative Democratic opponents used fraud, intimidation and terrorism to reduce the number of black voters during election time in Haywood and Fayette Counties. McElwee was forced to leave Brownsville as a group of black men guarded his exit. He relocated to Nashville, Tennessee after the election where he maintained a law practice and started an unsuccessful newspaper.