It was during this time, Dr. Martin Luther King captured the nation’s headlines in 1963 when he joined the Civil Rights Movement in Birmingham, Alabama — a place he called “the most segregated city in America.”

Other people in the community heard about the march and over 2,000 marchers assembled behind Smith, Porter and King. The march climaxed at Kelly Ingram Park where the marchers were met by billy clubs and police dogs. In the midst of the event the three ministers knelt to pray.

The statue was built in Birmingham is to capture the photograph taken at that event. These three ministers, along with other clergy and laypersons, were at the core of the movement that changed the world. 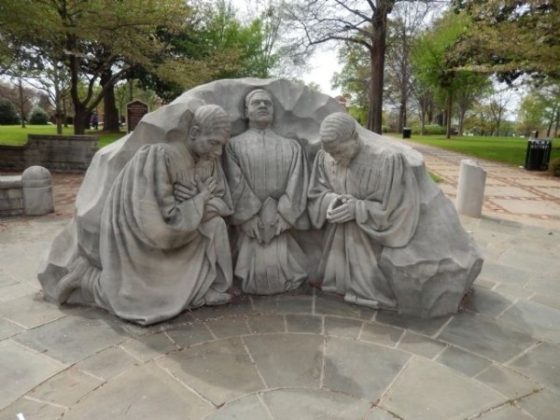