Jo Etha Collier graduated from Drew High School in Drew, Mississippi in 1971. The school had been integrated not too long ago and had a student body of 200, mostly Black. Young Collier was a popular student and a top athlete as part of the school’s track team. A neighbor of civil rights activist Fannie Mae Hamer, she was described by her as a gifted student.

In short, she had a bright future ahead of her—then May 25 happened.

On the night of the shooting, Collier and Hamer were entering a store in a mostly Black part of town when a vehicle with three White men drove past and fired on the two. Joe Etha Collier was rushed to the hospital with wounds but died around 2 AM.

The suspects were caught at a roadblock in Cleveland, Mississippi. Wayne Parks (23) was a native of Drew while his brother Wesley Parks (26) and their nephew Allen Wilkenson (19) were natives of Memphis, Tennessee.

The three didn’t give a reason at the moment. Theories ranged from the men just wanting to kill Black people to Fannie Mae Hamer being the target. Both theories have some weight because Hamer was well known at the time.  Since Jo Etha Collier wasn’t known to the shooters they were possibly targeting any Black person.

There were protests in Drew and Ruleville because of the shooting and other incidents in the state. It was believed that things could escalate into a full on riot after accounts of rocks being thrown and vandalism. Mayor W.O. Williford would call for a curfew and the state patrol to keep order.

The state’s NAACP contacted President Nixon—known for being sluggish on desegregation. The organization requested that something is done about attacks on Black people in Mississippi. Nothing became of that request. 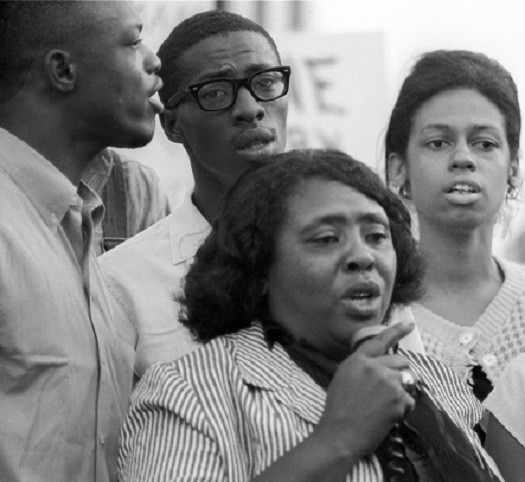