Army veteran Isaac Woodard was en route to meet his wife on February 12, 1946m when he was arrested and beaten blind by police chief Linwood Shull. Woodward was a 26-year-old black veteran who had been honorably discharged and was traveling by bus still in uniform to Winnsboro, South Carolina.

While en route, the bus driver made a stop at a drugstore. Woodard asked the driver if he had enough time to use the bathroom. The bus driver became outraged and loudly cursed at Woodard. However, later in a deposition, Woodard admitted to cursing back at the driver.

The driver continued on the route until reaching Batesburg, South Carolina, where he shared with the police chief, Linwood Shull, what had taken place. The police chief ordered Woodard off the bus. He was later beaten by the police chief and another officer. The police chief beat Woodard in the eyes with end of the night stick until he lost consciousness. When Woodard came through, he could not see.

The police chief claimed that Woodard had been acting disorderly and was intoxicated. However, witnesses told a different story, and asserted that Woodard had not been drinking. Woodard paid a fine and was taken to the veteran’s hospital in Columbia. Doctors told him he would never see again and to consider enrolling in a school for the blind.

The NAACP heard about what had taken place with Woodard and decided to take on his case. Woodard was unable to make a living due to his blindness and fearful of what might happened if he stayed in the south. He ultimately moved to New York City to live with his parents.

Due to South Carolina’s reluctance to pursue the case, President Harry S. Truman ordered a federal investigation. The sheriff was indicted and went to trial in federal court in South Carolina, where he was acquitted by an all-white jury.

On February 2, 1948, President Truman sent the first comprehensive civil rights bill to Congress. In July 1948, over the objection of senior military officers, Truman issued Executive Order 9981, which banned racial discrimination in the U.S. Armed Forces, and Executive Order 9980, which was utilized to integrate the federal government. 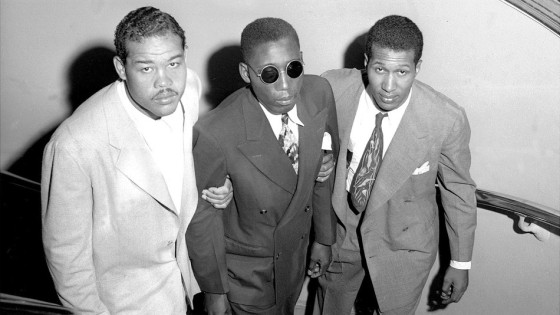