Thomas Jeremiah, or “Jerry,” was a free person of color who earned a living by navigating ships through the treacherous waters of Charleston harbor. Little is known about his life. It appears that he obtained his freedom sometime in the mid-to-late eighteenth century. In addition to his skills as a harbor pilot, Jeremiah worked as a firefighter and ran the fish market in Charleston’s wharf district.

He earned the respect of his own community as well as a number of prominent white allies, however, he undoubtedly blurred and transcended the boundaries of race that were becoming sharply drawn during the course of his lifetime. The same skills which initially brought him success and notoriety ultimately made him a target for suspicion.

On July 17, he was convicted of assaulting a white ship captain by the name of Thomas Langen—a bold action for a black man living in the pre-Revolutionary South—and was sentenced to an hour in the pillory and ten lashes with a whip. In view of his public deeds, however, Lieutenant Governor William Bull granted him a pardon.

Jeremiah became the foremost suspect in an alleged plot by the British in 1775 to use the majority of South Carolina’s enslaved blacks against the patriot rebels. As a man who had long worked with battleships and fire, Jeremiah appeared to be the most plausible and potentially dangerous link between black Carolinians and the British.

Thomas Jeremiah was adjudged guilty by patriot authorities and sentenced to die under the Negro Act of 1740. On August 18, 1775, at twelve o’clock noon, Jeremiah was taken before the gallows in Charleston. Before the noose could be tightened around his neck, he proclaimed his innocence and told his accusers that “God’s judgment would one day overtake them for shedding his innocent blood.”  After he was asphyxiated, his remains were set on fire as both a reminder and a warning. 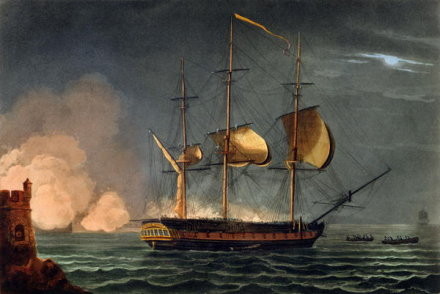