What Made James Brown “The Hardest Working Man In Show Business”?

Often referred to as “The Godfather of Soul“, Brown started singing in church groups and worked his way up. He has been recognized as one of the most influential figures in the 20th century popular music and was renowned for his vocals and incredible dancing. He was also called “the hardest working man in show business”. As a prolific singer, songwriter, dancer and bandleader, Brown was a pivotal force in the music industry, and left his mark on numerous artists. Brown began his professional music career in 1956 and rose to fame during the late 1950s and early 1960s on the strength of his thrilling live performances and string of smash hits. In spite of various personal problems and setbacks he continued to score hits in every decade through the 1980s.

Brown was recognized by numerous titles, including Soul Brother Number One, Mr. Dynamite, The Hardest Working Man in Show Business, The King of Funk, The King of Soul, and foremost The Godfather of Soul. Although Brown fully earned the nickname “Godfather of Soul,” he is also tremendously important to the history of pop music. He placed 99 songs on the chart in a 30 year time span. – See more at: http://www.blacktoptens.com/?p=4456#sthash.abaLcwhU.dpuf

Following is our list of the top 10 all-time best James Brown songs.

This song was written by James Brown with his girlfriend Betty Jean Newsome. He recorded it on Feb. 16, 1966 and it peaked at #1 on the Billboard R&B chart, #8 on the Billboard Hot 100. It demonstrates Brown’s ability to powerfully sing a romantic ballad. It was recorded in just takes and was ranked #123 on Rolling Stone magazine’s list of the 500 greatest songs of all time. 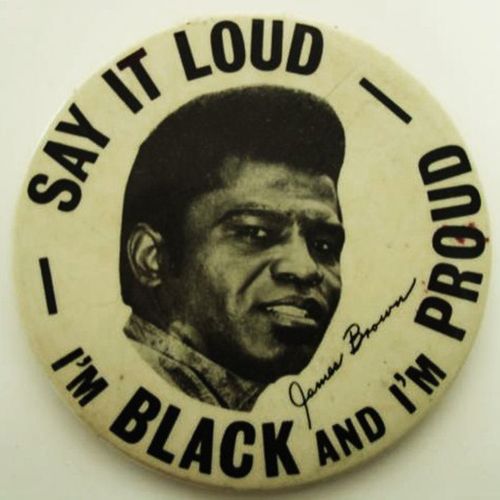 The funky 1968 release reached #1 on the R&B charts and #10 on Billboard’s Hot 100. Brown brought in a children’s choir for the chorus and other backup vocals. “Say It Loud – I’m Black and I’m Proud” became an anthem type song for the of the 1960’s Black Power movement.

This funk and soul song reached #1 on the R&B chart and #6 in the Hot 100 in 1968. The song is particularly historical because of its influence on the careers of the Jackson 5. Michael Jackson was the lead vocalist on the group’s audition tape to Motown’s Berry Gordy in 1968. The song, of course, was “I Got the Feelin’.”

Brown’s 1962 recording of “Night Train” peaked at #5 on the R&B chart and #35 on the Hot 100. In his version, Brown exchanged original lyrics with a screaming list of cities on his East Coast tour as sort of an advanced built-in advertisement in the song. James played the drums on the recording. 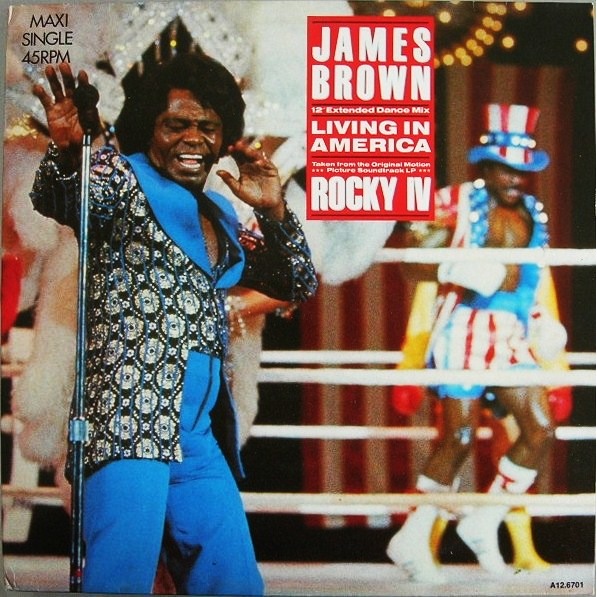 It reached #4 on the Hot 100 and reached the top on the R&B charts in 1985. “Living In America” was the flagship song on the soundtrack to the movie ‘Rocky IV.’ It was Brown’s only top 10 pop single in the UK. He received a Grammy Award for Best Male R&B Vocal Performance for the song.

“Try Me (I Need You)” was the first song to reach the Billboard Hot 100 for James Brown and The Famous Flames. It was a great debut to the Pop charts in 1958 reaching #48. It hit the #1 spot on the R&B charts, their first one since “Please, Please, Please” on that chart in three years.

It sold over a million copies and saved the group from having their contract dropped.

Written by Brown in 1965, it became his first song to reach the Billboard Hot 100 Top Ten, scoring the #8 spot. It was #1 on R&B and remained on the charts for eight weeks. “Papa’s Got a Brand New Bag” earned Brown his first Grammy Award, for Best Rhythm & Blues Recording. 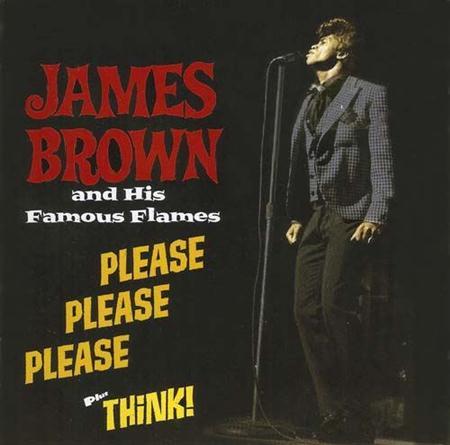 “Please, Please, Please” was James Brown and the Famous Flames first chart hit and debut recording in 1956. Written by Brown and Johnny Terry, it reached #6 on the R&B charts. Just four years before, Brown was released from a youth detention center in Toccoa, Georgia. 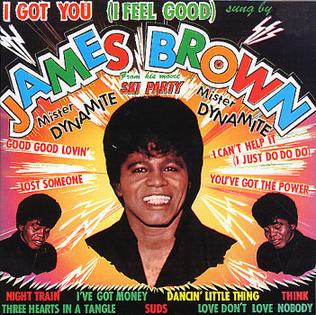 Released in 1965, this monster escaped from the top to become an international feel-good-funky-soul-rock anthem. Even today, “I Feel Good” is played in arenas, domes, and stadiums across the land at sporting events to without doubt bounce the crowds into an instant pick-me-up.