Elder was the son of Lucy Lillian Phinizy and Thomas J. Elder, of Sandersville, Ga., who were also the parents of Blanche and Charles Elder. He received his early education at the Thomas J. Elder High and Industrial School, where his father was principal from 1889 to 1942.

From 1924 to 1943, Dr. Elder served as dean of the College of Arts and Sciences at the North Carolina College for Negroes, Durham, where he had been appointed professor of education earlier in 1924. In 1943, he left the college to accept a temporary position as chairman of the Graduate Department of Education at Atlanta University. He remained there four years, eventually becoming dean of the Graduate School of Education. Returning to Durham, he was inaugurated as the second president of the North Carolina College on June 4,1949.

Elder was active in numerous professional and civic organizations, Elder helped found the Durham chapter of the all-black Alpha Phi Alpha fraternity. He was a member of the National Association for the Advancement of Colored People and of the first Mayor’s Committee on Human Relations in Durham. 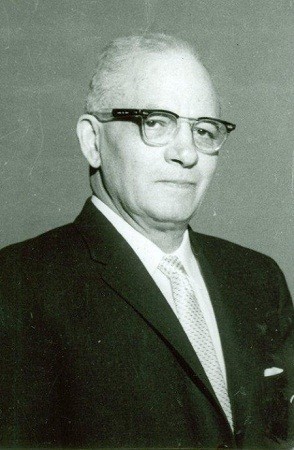