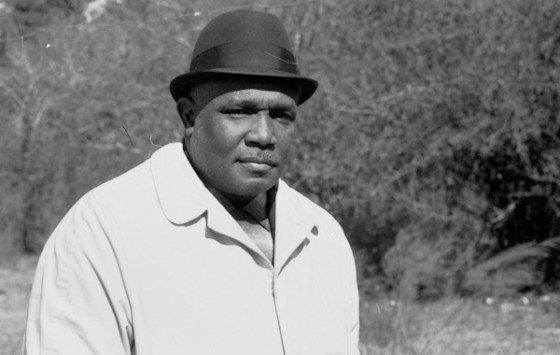 Amzie Moore was a civil rights leader and entrepreneur in the Mississippi Delta. Moore was born on the Wilkin plantation near the Grenada and Carroll County lines. He was extremely proud of his family roots, he often told stories about his grandfather, a slave who lived to be 104.
Moore left home at the age of fourteen after his mother died in 1925. He completed high school but could not set his eyes on as far as attending college. Despite not going to college, he continued to educate himself on different subjects throughout his life. He worked hard, and eventually joined the United States Army, he was sent overseas for three and half years.

Even before leaving Mississippi to fight in the war, Moore was involved in race relations, once organizing a successful rally of 10,000 blacks in his hometown.After the war, Moore opened a gas station, beauty shop, and grocery store on Highway 61 in Cleveland, Mississippi. His business also served as headquarters for the area’s civil rights efforts. At his gas station, which was one of the very few African-American owned ones, he refused to have separate white and black bathrooms.

Beginning in 1951, Moore, Aaron Henry, and Medgar Evers worked with Dr. T.R.M. Howard, a self-made entrepreneur, fraternal organization leader, and surgeon, to build the Regional Council of Negro Leadership (RCNL). The RCNL sought to encourage entrepreneurship, self-help, and civil rights in the Delta. He participated in the RCNL’s campaign to boycott gas stations that failed to provide restrooms for blacks. His gas station was one of the few that allowed blacks to use restrooms between Memphis and Vicksburg. During this period, Moore also belonged to the United Order of Friendship, a fraternal society headed by Howard to provide low-cost medical care to blacks.

In August 1955, as word first got out that Emmett Till was missing, Evers and Moore quickly became involved, disguising themselves as cotton pickers and going into the cotton fields searching for anything that would help find the young Delta visitor. Moore asserted, after collecting stories first hand from the field laborers, that whites had murdered thousands of blacks over the years and thrown their bodies into the region’s swamps, rivers, and bayous.

Silver Rights: The Story of the Carter Family’s Brave Decision to Send Their Children to an All-White Schools and Claim Their Civil Rights