Well, son, I’ll tell you:
Life for me ain’t been no crystal stair.
It’s had tacks in it,
And splinters,
And boards torn up,
And places with no carpet on the floor—
Bare.
But all the time
I’se been a-climbin’ on,
And reachin’ landin’s,
And turnin’ corners,
And sometimes goin’ in the dark
Where there ain’t been no light.
So, boy, don’t you turn back.
Don’t you set down on the steps.
‘Cause you finds it’s kinder hard.
Don’t you fall now—
For I’se still goin’, honey,
I’se still climbin’,
And life for me ain’t been no crystal stair.

Langston Hughes
Langston Hughes was an American poet, novelist, and playwright whose African-American themes made him a primary contributor to the Harlem Renaissance of the 1920s.
Hughes was born on February 1, 1902, in Joplin, Missouri. He graduated from high school in 1920 and spent the following year in Mexico with his father. Around this time, Hughes’s poem “The Negro Speaks of Rivers” was published in The Crisis magazine and was highly praised. He attended Columbia University, but left after one year to travel. His poetry was later promoted by Vachel Lindsay, and Hughes published his first book in 1926.
He went on to write countless works of poetry, prose and plays, as well as a popular column for the Chicago Defender. He died on May 22, 1967. 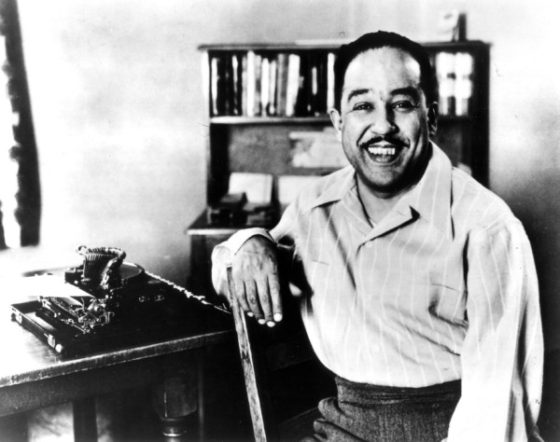