In early February 1892, Hamp Biscoe (or Bisco), his pregnant wife, and his thirteen-year-old son were killed in Keo (Lonoke County); their infant escaped with only a minor wound. This murder was apparently the culmination of years of suffering and bitterness on the part of the Biscoe family.

Hamp Biscoe had a small farm near England, Arkansas. He was a successful farmer and had been one for about ten years. The Preemption Act of 1841 allowed squatters who were living on federal land to purchase up to 160 acres at a low price before the land was offered for sale to the public. The only requirements were the purchaser had to be a citizen, over twenty years of age, head of household and living on the land for over fourteen months.

Six or seven years after Biscoe had acquired the land, the man who had first shown him the land appeared and proceeded to ask him for $100 in payment for doing so. Biscoe refused to pay, the man filed and won a judgment, and the land was sold to pay off the debt. In consequence, according to CarlLee, But during this time, Biscoe had become crazed with the  injustice done him to such an extent that he would permit but few men, white or black, to come on the place, suspecting all of wanting to steal his place from him.”

Sometime during the first week of February 1892, Biscoe’s neighbor, identified only as Mr. Venable, let down the fence between their properties and attempted to pass through Biscoe’s field. Biscoe drove him away with violent threats. Venable filed a complaint, and a warrant was issued. Deputy Constable Jonathan Ford attempted to serve this warrant on Saturday, February 6. However, Biscoe refused to come out of the house, and his wife and son ordered Ford off the property.

Ford returned with a black deputy and two white men the following day. Biscoe declared that he “would not be arrested alive, and would kill them all if they attempted it.” The deputy drew his gun to cover Biscoe, but Ford ordered him not to shoot.

The deputy did not want to allow Briscoe back into his home because he knew if he got in there and got to his gun, he would shoot them all. , saying that if Biscoe managed to get into the house, Biscoe would shoot all the men. Biscoe did go into the house, got his gun, and ordered them off the property. Ford tried to reason with him, saying that it was senseless to resist arrest for such a minor offense. He then opened the gate into the yard, whereupon either Biscoe or his teenage son, “at the command of his mother,” shot Ford in the side. Ford managed to draw his gun and shoot, inflicting a scalp wound on Biscoe and wounding his wife in the arm. The deputy then shot Biscoe in the small of the back as he was running back into the house.

Two white men who just happened to be nearby went to the scene and forced the door Biscoe’s door open and apprehended him, his wife and son. Ford, as it turns out, was alive but was also unable to stand. He was carried to his home, where he was recovering. The Biscoe family was taken to a small frame house across from the depot in Keo, where they were put under the guard of two young African-American men. While there were rumors that the family would be lynched, most thought it was improbable, as Ford was not severely wounded, and Biscoe was both severely wounded and known to be mentally deranged.

Later that night, a dozen or so men came to the house and told the guards that they should leave, which they did, going to a nearby black church, where they tried to persuade the preacher to stop the mob. The shooting, however, began in minutes, with as many as forty shots being fired. The murderers left immediately afterward, and the African Americans from the church went to the house, where they found Biscoe and his wife dead, and the baby with a slight wound near its upper lip. The Biscoe’s son, while seriously wounded, lived for several hours and was able to talk coherently about the shootings.

According to Biscoe’s son, his father was the first one killed. When the boy tried to escape from the house, a young man shot him in the stomach. He watched as another man shot his mother, and then a taller man stood over his father and shot him again. After killing the boy’s two parents, one of the murderers removed $220 that the boy’s mother had hidden in her stocking. Apparently, she had been seen with the money earlier in the day and had accused the killers of attacking the family to get the money. On their way out the door, one of the murderers turned the boy over and shot him again, this time in the chest. They left, and the remainder of the crowd waiting out in the yard fired a number of shots into the air and then also departed.

Apparently, authorities must have had some idea who committed the crimes, because Carl Lee asked the Democrat to suppress the names of the men “charged by the negroes with the killing.” In the following days, national press coverage was extensive. Most of the stories indicate that only two men, masked, were involved in the shootings. The story was covered by Ida B. Wells in a chapter in her book The Red Record titled “Lynching Imbeciles (An Arkansas Butchery). 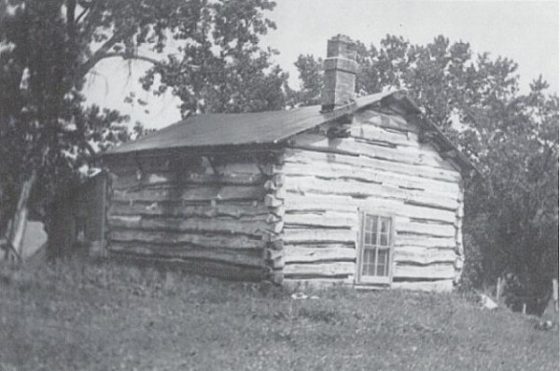