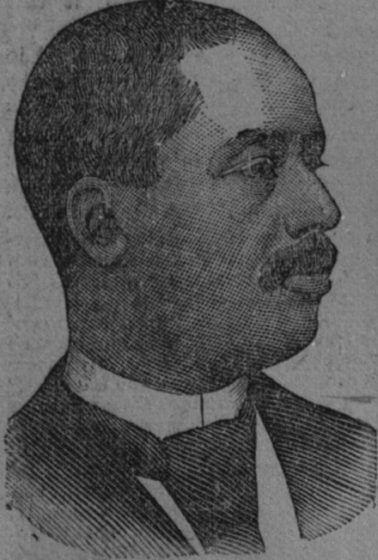 Bruce earned a master’s degree in education in 1891. After graduation, he was appointed principal of the segregated Sumner School in Leavenworth and held this position for 54 years, until he retired in 1939.

In addition to teaching, Bruce tutored young men who were prospective candidates for West Point for 40 years. He designed rigorous learning sessions five nights a week for three months. As his popularity grew, his students also included sons of Army officers at Fort Leavenworth. He drilled the young men in numerous subjects to make sure they would be ready. It was estimated “Professor Bruce” had tutored approximately 1800 young men by 1939 when he retired. Only three of his students failed their entrance exams.

Blanche Ketene Bruce entered into politics once. In 1892, he was the Republican candidate for Kansas State Auditor. That was not a good year for Republicans and he lost to the Populist candidate. Bruce died on Nov. 20 ,1952 while living with his daughter in Baltimore, Md.