In 1904, Charles Roundtree Dinkins published “Lyrics of Love,” a collection of more than one hundred of his religious and secular poems.

Dinkins, from Columbia, South Carolina, was a minister and an African American community leader. His poetry expressed various dilemmas of a man who is forced to live in a deeply racist place and time. Despite the problems he endured, he tried to claim space for African Americans and used his poetry to influence white people to recognize the two races’ shared stake in southern soil and history.

His collection of poetry, “Lyrics of Love,” attracted some attention following its release. A 1906 advertisement from the publisher quoted an approving review from the Boston Transcript, which labeled the book “The work of a colored poet who shows considerable versatility, poetic insight, and skill in rhyming.”

However, the same advertisement by white publishers also quoted the Charleston News and Courier’s review, which was based on stereotypes: “These verses by a colored clergyman of Columbia have all the melody and fervor of the emotional race to which the author belongs.” The Independent magazine downplayed the book, deeming it “The larger part of a volume of a religious verse of a crude order.”

Dinkins’ poems about religion and love are typical in their themes and conservative structure, and many of his better-known peers among black writers sounded these same notes. Like other poets, he emphasized self-discipline and sentiment, criticized racism, and hoped to be identified as both a black man and as an American with political and social rights.

Other black writers soon moved beyond Dinkins by creating independent, even nationalist, artistic forms aimed solely at black audiences. However, in 1905, Dinkins had already shown pessimism about blacks’ ability to make progress against the hindering hand of whites. 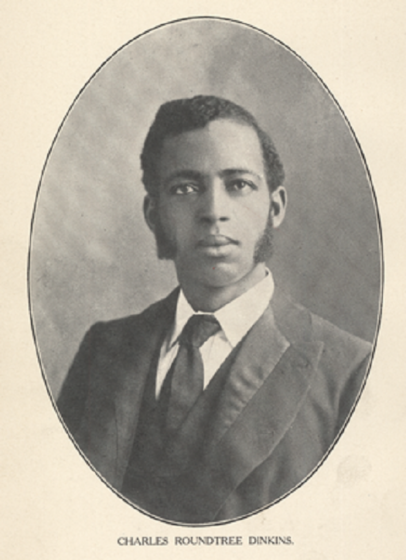