Cyrus F. Adams, born in Louisville, KY, was an author, a historian, a teacher, a newspaper man, a businessman, and dedicated Republican. He was also a civil rights advocate who used the newspaper to speak out against racism and prejudices. Adams also served as the Assistant Register of the U.S. Treasury.

Adams was listed as mulatto in the 1870 Census as well as the other family members living in the home. In 1888, he assisted his brother John Q. Adams with the distribution of the The Appeal newspaper that had been established in St. Paul, MN; Cyrus was the editor and manager of The Appeal newspaper operation in Chicago. The newspaper would become the most-read African American newspaper in Chicago during the late 1800s. While he was managing the newspaper office in Chicago in 1888, Cyrus F. Adams was also a lecturer and a teacher.

In 1905, he was elected president of the newly formed Washington Philatelic Society. Cyrus F. Adams died on February 18, 1942. 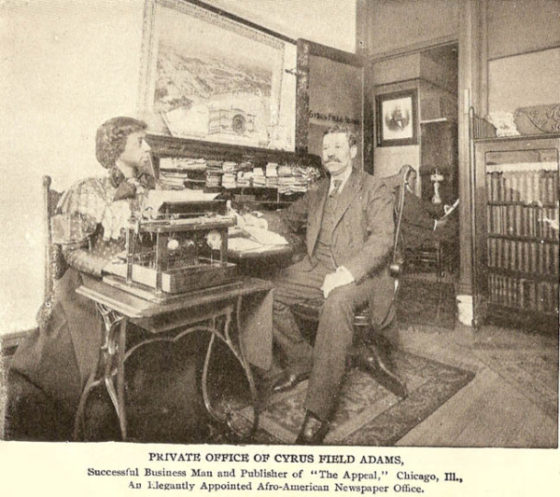