Elias Brown, Jr., was a free African American but was almost tricked into becoming a slave.

Brown was born in 1815, presumably in Ohio. In 1829, he resided with his mother in Jackson Township, in Pike County, Ohio. His father died while he was still a child. In 1829, construction of the Ohio and Erie Canal was taking place, and a man named Ballard approached Brown’s mother with a business proposition. According to Ballard, he was a worker on the Ohio and Erie Canal. This position kept him away from home, leaving his new bride all alone. Ballard proposed hiring Elias Brown to assist Mrs. Ballard. Mrs. Brown agreed and allowed Ballard to take her son.

Ballard did not work on the Ohio and Erie Canal. In reality, he was a slave trader. Ballard took Elias Brown to Vicksburg, Mississippi, where he proceeded to sell the young man. Brown convinced his owner that he was actually born a free man. Brown and his purchaser pursued Ballard, catching him on his return to Ohio. Ballard was jailed in Louisville, Kentucky and was to stand trial for kidnapping, but he escaped punishment by bribing the jailer to release him. Brown was returned to his mother, who reportedly went insane as a result of this episode. Elias Brown spent the duration of his life in Pike County.

Brown illustrates the prejudice that existed in Ohio during the years before the American Civil War. Ohio was a state that did not allow slavery. Nevertheless, that did not mean that whites were open to granting African Americans equal rights. Free blacks found that it was difficult to get fair treatment. 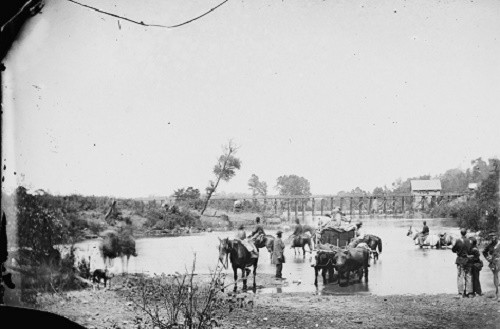