Elias Hill was a Baptist minister and civil rights activist of York County, South Carolina. In 1871, he was one of the blacks victimized by members of the Ku Klux Klan. The situation received wide attention because Hill had been crippled as a child.

Hill was born in 1819 to Dorcas and Elias Hill in York County, South Carolina. The elder Elias was possibly born in Africa. Hill was stricken with a disease at age seven in 1826 which left him crippled. The disease described by some was dwarfism, and he described it as rheumatism, but more than likely, historians believe because of the time period, it was probably polio. Hovever, muscular dystrophy was not ruled out. As an adult, his legs remained extremely skinny, his arms were withered, and his jaw was deformed.

As a boy, the white school children in York County taught Elias to read and write. No one objected to having such a deformed child hanging around the school, and Hill’s privileges were in part due to his condition, for which he was also ridiculed by the children.

After the Civil War ended in 1865, Hill worked as an ordained Baptist preacher moving from congregation to congregation in the South Carolina Piedmont. He also taught reading and writing. By 1871 at the age of 50 he was president of the local Union League. He regularly held political meetings at his cabin and was a popular and a powerful preacher.

In February 1871, Hill met with local Ku Klux Klan leaders to negotiate the safety of blacks in the community. These negotiations were not successful, and around February 12, eight black men were killed by 500 to 700 whites in black gowns with masks, and was followed by nightly Klan raids for months

After the Civil War, ex-slave and Union veteran Jim Williams returned to York County and began work with Hill for the civil rights of blacks. Williams led a black militia group, one of what were known as Union Leagues. Some whites claimed Williams had threatened to kill local whites and that Williams’ militia was stockpiling weapons. It was also claimed that Williams claimed to desire to rape white women if he could. On March 6, 1871, about forty men seized Williams from his home and hung him from a tree and shot him with many bullets. Local Ku Klux Klan leader J. Rufus Bratton, brother of William’s former owner John S. Bratton, was said to have placed the noose around Williams’ neck.

On May 5, 1871, a masked neighbor came to Hill’s brother’s cabin, which was next door to Hill’s own. The neighbor slapped Hill’s sister in law, demanding to know where the “uppity” Hill resided. Next, Hill was dragged by his crippled arms and legs into the yard and beaten with a horsewhip. He was charged with denouncing the KKK, inciting a riot, and ravishing white women. He was threatened to be thrown in the river and told him to stop preaching against the Ku Klux Klan. The Klan also demanded Hill denounce the Republican Party, as had his nephews, and to cancel his subscription to the Republican paper.

Afraid for his life, Hill contacted Congressman Alexander S. Wallace and the American Colonization Society, seeking to escape the country. Along with 135 other blacks, Hill moved to Liberia in October 1871. 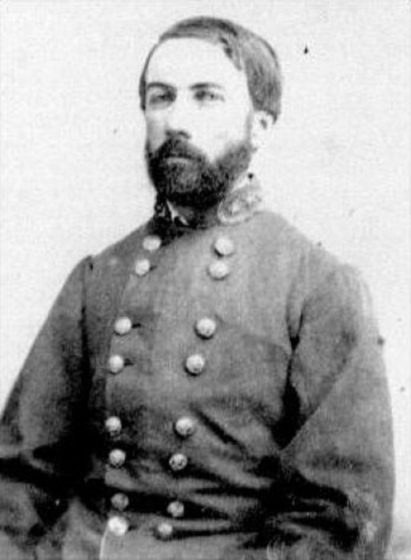