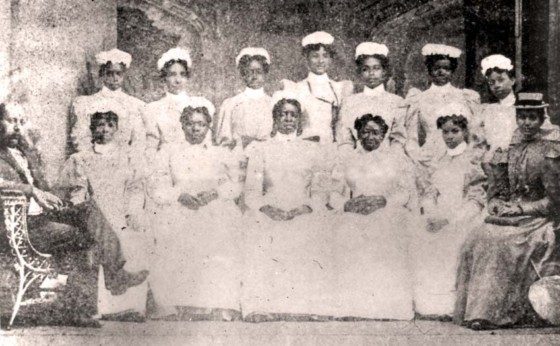 Dr. Alonzo C. McClennan, along with six other black health care professionals met to discuss the medical needs of quality health care for the black communities at Charleston, South Carolina on November 1896. The need would be greater than just providing adequate care, there was a need for highly trained medical staff and a facility to house the ill.

White hospitals either excluded or segregated black patients and barred black physicians from admitting and attending to their patients during this time. In the late 1890s, the need for black nurses to help black physicians care for patients in their homes was acute. In July 1897, the state of South Carolina approved the charter for the Hospital and Training School for Nurses.

The head nurses at the Cannon Street Hospital were Anna DeCosta Banks, who served for 32 years, Ruby Long, Mabel C. Oliver, Charlotte Pembroke and Melvena Gadsden. Over the years, the building had become run down and extensive repairs were needed. The hospital was on the verge of losing its accreditation. Dr. Thomas Carr McFall, who became the hospital director in 1947, realized that a new hospital would need to be built. The new building was called the McClennan-Banks Memorial Hospital. In 1961, two years after the new hospital opened on Courtenay Street, the Cannon Street Hospital was demolished.