A series of experimental programs and projects initiated during the President Franklin Roosevelt’s era in the 1930’s, also known as the New deal, was developed to help the country recover from the great depression. The initiatives offered economic and social programs that assisted many individuals have a greater claim on full American citizenship for the first time. 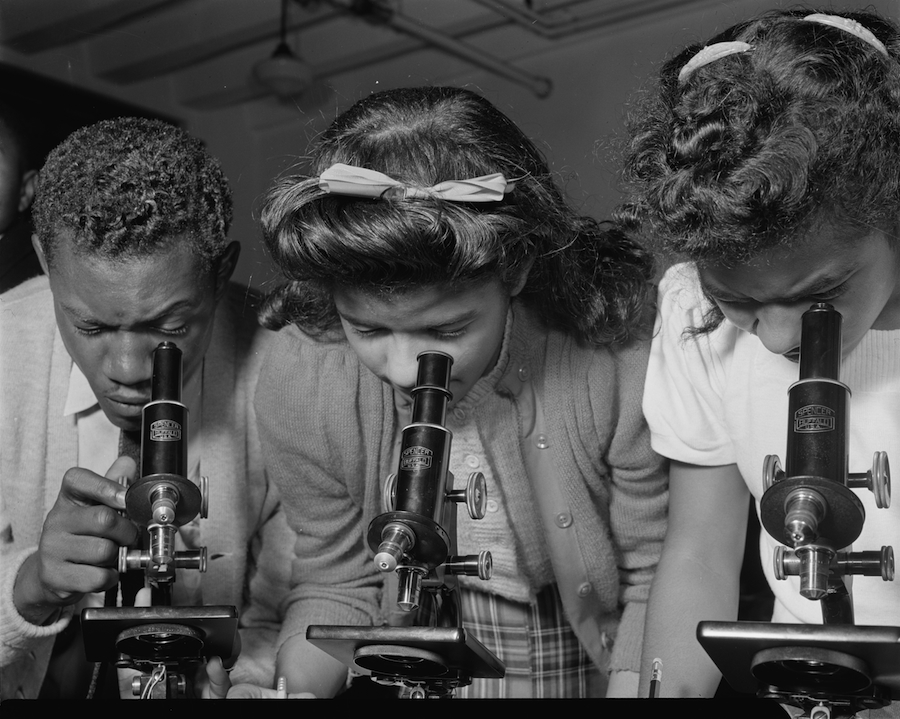 The exhibition, “Claiming Citizenship: African Americans and New Deal Photography,” now at New York’s Schomburg Center for Research in Black Culture, shows African-Americans taking advantage of opportunities that hadn’t been available to them previously. “You can see how during the New Deal the government was experimenting with the possibility that all citizens deserved education, deserved medical care, deserved food security,” said exhibition curator Rickie Solinger.

The photos are drawn from the Library of Congress and the National Archives. Solinger said the Library of Congress photographs were taken by experienced photographers and tended to document the ravages of the Great Depression in order to build support for New Deal spending. The photos from the National Archives, she said, were taken mostly by anonymous photographers commissioned to show what that money was accomplishing. 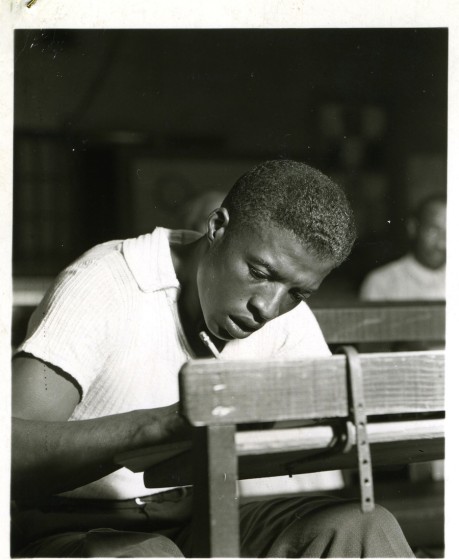 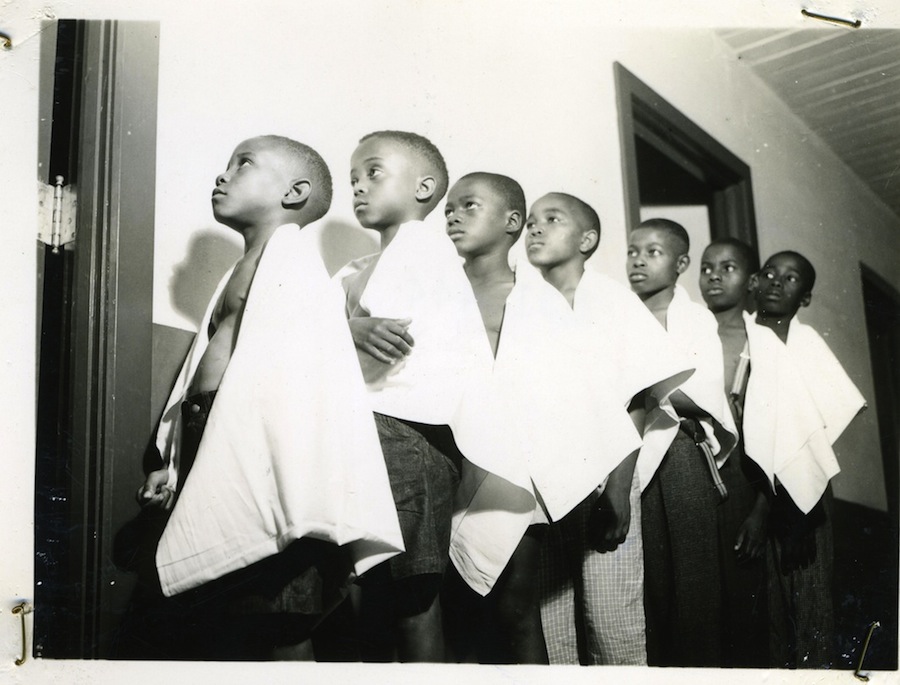 Birmingham, Ala., June 1938, boys wait their turn in line for examination at the Slossfield Health Center, constructed by the Works Progress Administration

Boys wait their turn in line for examination at the Works Progress Administration–constructed Slossfield Health Center, Birmingham, Ala., June 1938 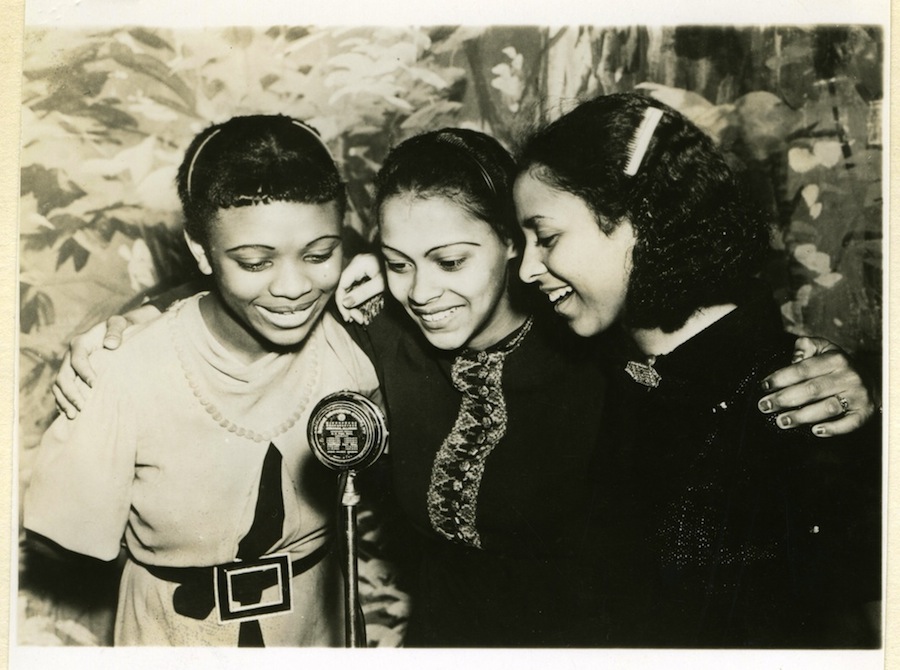 The programs were wide-ranging, addressing issues including literacy, employment, and health. The Works Progress Administration, the most famous of these programs, put millions of Americans to work, including many African-Americans. It also exposed African-Americans to federally funded art, theater, music, and writing programs.

For some African-Americans, these were gateways to achieving some of the most basic elements of citizenship, which had been illusive due to systemic racism and poverty. “If you’re living in a moment in the 1930s in which you’re able for the first time to claim medical care or to be an adult and learn how to read … or to buy land and live in decent housing for the first time, these are arguably the constituent arguments for citizenship,” Solinger said. 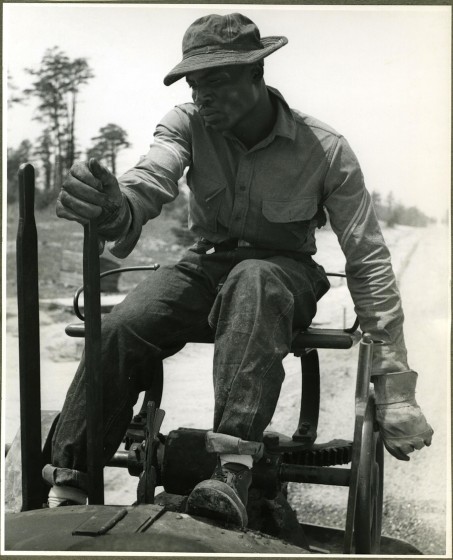 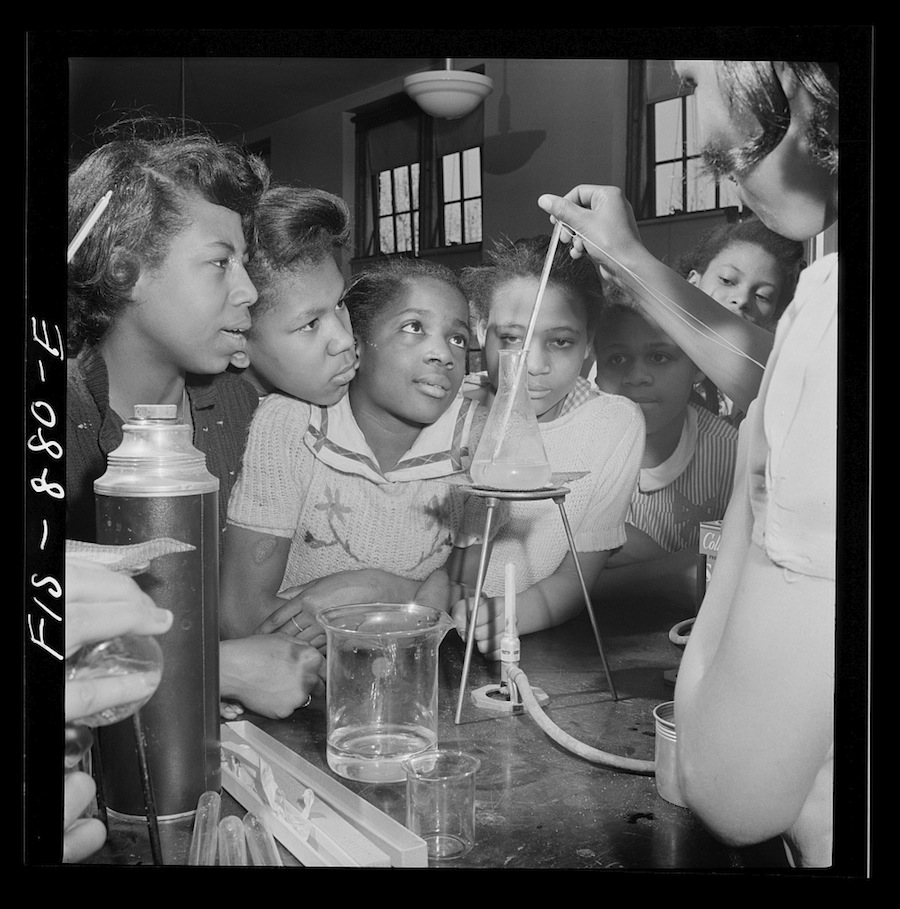 But in the 1930s, the government had a long way to go before it would begin offering equal rights to all citizens. The New Deal, though a step forward for African-Americans, did little to address institutional inequality. “If you look at those pictures, you almost never see settings that were integrated in any way. Work settings, health care settings, and educational settings were always segregated, and the New Deal programs did not challenge that,” Solinger said.

“Claiming Citizenship” is on display at the Schomburg Center until Jan. 4. 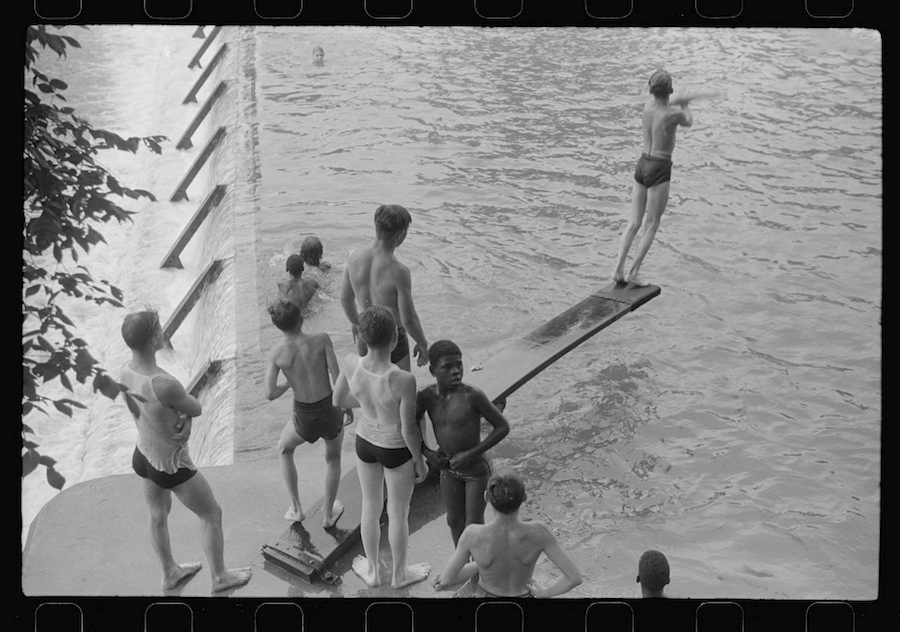 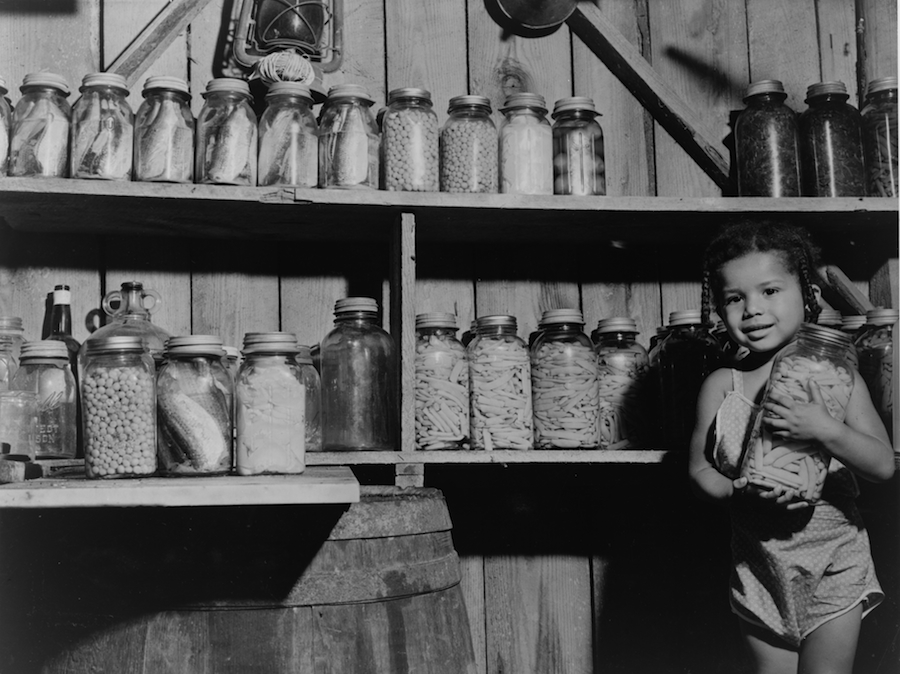 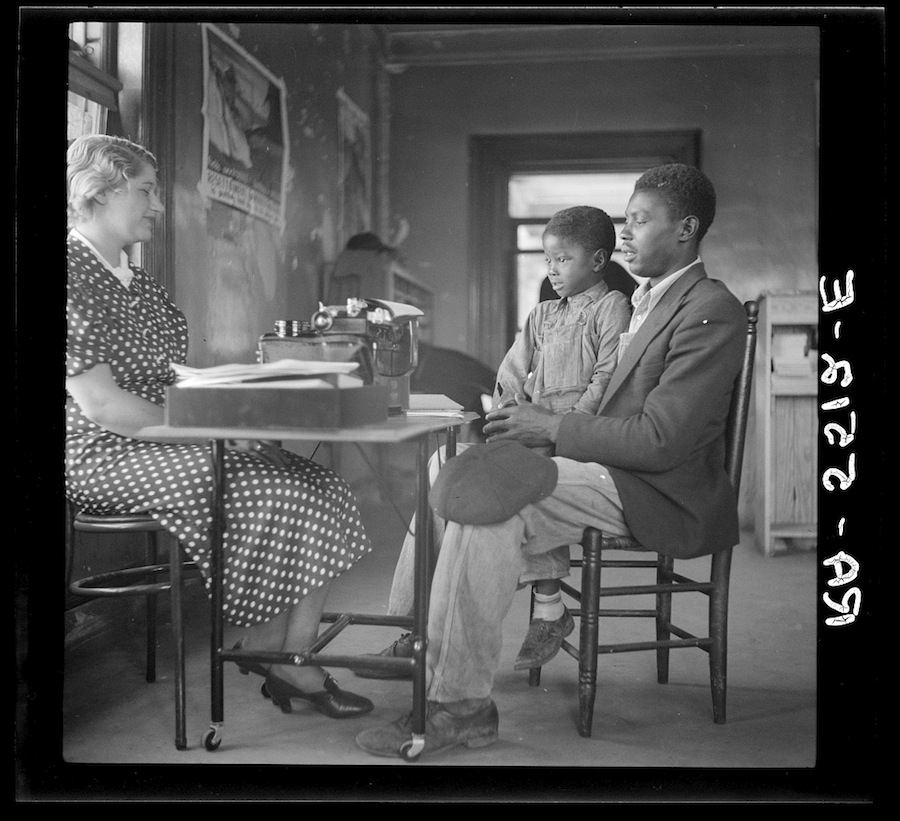 A rehabilitation client with his son repays a government loan, Smithfield, N.C., October 1936 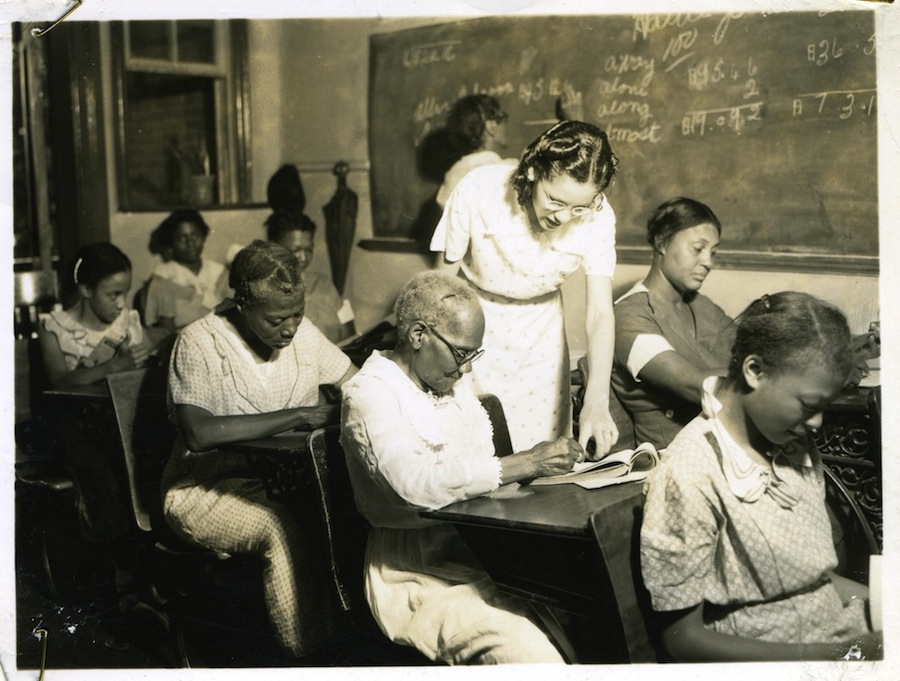