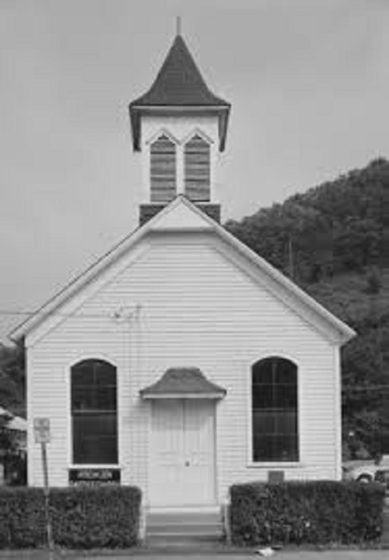 African Zion is the state’s oldest black Baptist church and is recognized as the mother church for all of West Virginia’s black Baptists.

The African Zion Baptist Church, located in Malden, West Virginia, is a center of worship for the local black community. The church was organized as a formal congregation in 1852, and the present building was built two decades later. The place of worship was then known as the Kanawha Salines.

Malden held West Virginia’s largest concentration of slaves, numbering more than 1,500 and tending the town’s booming saltworks. Gen. Lewis Ruffner gave the land, money, and materials for construction of the one-room church building. Services began there in 1872 and continued well into the 20th century.

The church’s most famous congregant was educator Booker T. Washington, who had come as a boy to the Kanawha Valley when freed from slavery. After graduation from Hampton Normal Institute in Virginia in 1876, Washington returned to live in Malden, teaching Sunday School at African Zion. Washington clerked and married his first wife, Fannie Smith, at the church in 1881 before leaving for Tuskegee. Until his death in 1915, Washington kept his membership in the church.