John H. Johnson was elected to the state legislature in 1873 from Crittenden, St. Francis, and Woodruff counties. Johnson was active in the Republican Party, presiding several times over the Republican State Convention and serving as a delegate to the 1872 and 1883 Republican National Conventions. He ran unsuccessfully for the United States Congress in 1884. About 1885, he was appointed to the post of Commissioner of Internal Revenue for the First District of Arkansas.

John H. Johnson arrived in Augusta (Woodruff County), Arkansas, in 1865 at age 25. He is the earliest known Black attorney in Arkansas after the Civil War, said to have been admitted to practice and to the bar of the state supreme court the year he arrived.

Johnson was born in 1840. He was described as a “prominent planter and leader” in 1871. He was primarily a landowner and politician.
It is believed that Johnson had political connections before he arrived in Arkansas. His life reportedly was saved by Postmaster General William Dennison (former governor of Ohio) in Washington, D.C., where Johnson was arrested and sentenced to death as a spy after escaping from forced service in the Confederate Army. Johnson then returned to Cincinnati and served in the Union Army until the end of the war.

A member of the Olive Branch Lodge Number 31, Evansville, Indiana, Prince Hall Masons, Johnson was one of the founders of the Arkansas Lodge and served as its second Grand Master, Grand Lodge of the State of Arkansas, in 1873-78. John H. Johnson died on July 12, 1885. 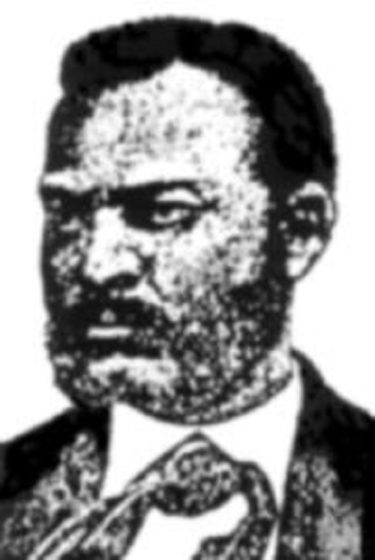