John Mitchell Jr: Would Walk into the Jaws of Death to Serve His Race

John Mitchell was a highly regarded newspaper editor, known as the “fighting editor” during his time. He spent most of his early years working as a servant in the home of a Richmond attorney.

After graduating as valedictorian from the Richmond Colored Normal School and teaching in Fredericksburg, Mitchell became editor in 1884 of the fledgling Richmond Planet, which he published until his death. The Planet reach high popularity when in 1895, three black women were charged with the murder of a white woman based solely on the testimony of a witness who changed his story several times. The prosecution eventually dropped the charges, and even the white press acknowledged the Planet’s role in the outcome. Mitchell investigated lynchings, advised blacks to arm themselves in self-defense, and editorialized against the Spanish-American war, saying it would make Cubans and Filipinos subject to the racism that dominated the South.

Mitchell assisted in organizing a black boycott of the Richmond trolley system, spoke out against the disfranchisement of African Americans, and gained notoriety for promoting the Planet’s strong anti-lynching stance.

Mitchell represented Jackson Ward on Richmond’s city council from 1888 to 1896. He served as president of the national Afro-American Press Association during the 1890s, and in 1894 became the grand chancellor of the Virginia Knights of Pythias. In 1901, Mitchell was the founding president of the Mechanics’ Savings Bank, established to protect the financial interests of the local African American community.  If there was something Mitchell felt could be done to better improve the black community, he would be the first to organize the program.

In protest of the all-white Republican slate of statewide officers in 1921, Mitchell ran for governor on the party’s “lily black” ticket. 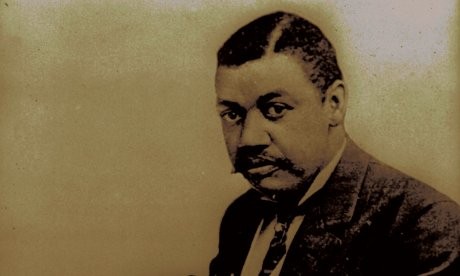