On this day, 17th June, 1871, a great African-American author, educator, lawyer, diplomat, songwriter, and civil rights activist, James Weldon Johnson was born. Weldon is best remembered for his leadership of the National Association for the Advancement of Colored People (NAACP), where he started working in 1917. By 1920, James became the first African-American to be chosen as executive secretary of the organization, effectively the operating officer. He served in this position between 1920 and 1930. Johnson established his reputation as a writer and was known during the Harlem Renaissance for his novels, poems, and anthologies of the collection of both poems and spirituals of the black culture. Johnson, under President Theodore Roosevelt, was appointed as the U.S. consul in Venezuela and Nicaragua for most of the period between 1906 and 1913. As at 1934, he was the first African-American professor to be hired at New York University. Later in life, he was a professor of creative literature and writing at Fisk University. 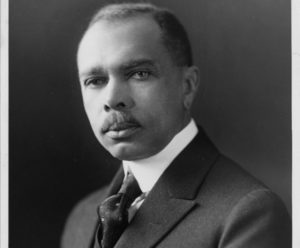 Born on 17th June, 1871, in Jacksonville, Florida, James Weldon Johnson was encouraged by his mother to study English literature and the European musical tradition. He attended Atlanta University, with the hope that the education he received there could be used to focus and build on the interests of African-Americans. After his graduation, he took a job as a high-school principal in Jacksonville.

In 1900, he wrote the song “Lift Every Voice and Sing” on the occasion of Lincoln’s birthday. The song became immensely popular in the black community, thereby becoming known as the “Negro National Anthem.” Weldon James then moved to New York in 1901 to work with his brother Rosamond, a song composer. After attaining some success as a songwriter for the Broadway, he, in 1906, decided to take a job as a U.S. consul to Venezuela. While employed by the diplomatic corps, Weldon had his poems published in The Century Magazine and The Independent. In 1912, he anonymously published his novel The Autobiography of an Ex-Colored Man (French & Co.), the story of a musician who rejects his black roots for a life of material comfort in the white world. The book explores the issue of racial identity in the 20th century, a common theme for the writers of the Harlem Renaissance.

With his talent for persuading people of differing ideologies to work together for a common goal, Johnson became the national organizer for the National Association for the Advancement of Colored People (NAACP) in 1920. He edited The Book of American Negro Poetry (Harcourt Brace, 1922), a major contribution to the history of African-American literature. His book of poetry God’s Trombones (Viking Press, 1927) was influenced by his impressions of the rural South, drawn from a trip he took to Georgia while a freshman in college. It was this trip that ignited his interest in the African-American folk tradition.

Johnson Weldon died on 26th June, 1938, while on vacation in Wiscasset, Maine, when the car his wife was driving was hit by a train. More than 2000 people attended his funeral in Harlem, and his ashes are interred at Green-Wood Cemetery in Brooklyn, New York.

Read more of the story via: https://www.poetryfoundation.org/poems-and-poets/poets/detail/james-weldon-johnson