Mathilda Taylor Beasley educated slaves during the Reconstruction Era, although this was illegal at the time.

Beasley was born in New Orleans to slave named Caroline, who was owned by James C. Taylor. Many historians believed Beasley’s father was of Native American descent. Historians believed that Mathilda became an orphan at an early age. The exact date of her freedom is unknown, but it is known that she made her way to Savannah, Georgia, in the 1850s.

She married Abraham Beasley, a successful black businessman, in 1869. After the death of her husband in 1877, Beasley journeyed to York, England, around 1885 to study as a nun in a branch of the Franciscan sisters. She later returned to the United States and traveled back to Savannah, Georgia. She established an orphanage in 1886, which became the St. Francis Home in 1892. In 1889, Sister Mathilda founded the first group of black nuns in Georgia, which were of the 3rd order of St. Francis, and she became known as “Mother Mathilda.”

Before Beasley moved to Savannah, the city had survived hurricanes, fires, yellow fever epidemics, and economic depression. However, in the 1850s, there were more opportunities to achieve success and acquire wealth, especially for upper-class white citizens. The port was active with shipping and the railroad had expanded, providing links to other cities.

When Beasley arrived in Savannah, she was not the only free person of color living in the city. There were actually over 700 free blacks by 1869. Free black residents had certain rights and privileges that were not given to slaves. Beasley found work as a seamstress-dressmaker.

On December 20, 1903, “Mother Beasley” was found dead, kneeling in a private chapel. Nearby were her burial clothes, funeral instructions, and will. 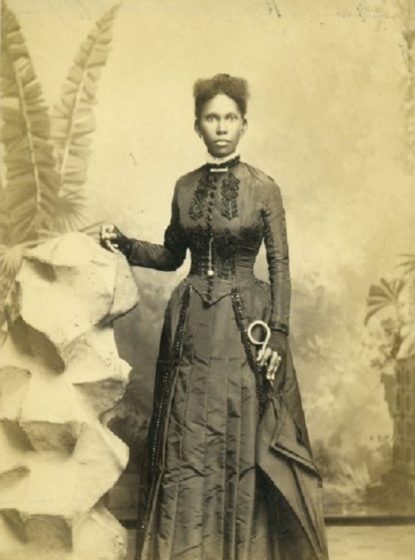 From Slavery to Savannah