0 Posted by Black Then Staff - July 22, 2022 - BLACK FAMILY, Black History, BLACK WOMEN, DID YOU KNOW, FROM THE WORLD, LATEST POSTS

In Haiti, the locals value their family the most. The children are considered to be a precious gift and are, therefore, treated with importance. However, most of us are unaware of some of their culture, practices, and beliefs. In this regard, here’s a list of some facts about the average Haitian family, to give you a quick view on a Haitian’s perspective on life.

Thus, it is common for single mothers to raise their children while working to earn money for their family. They are often left with all the familial burdens. However, when it comes to cultural equality of gender, Haitian women are often low on the list. This is why most of them suffer and experience domestic abuse. 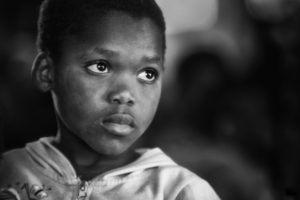 Haitian women would rather go hungry so they can send their children to private school, especially since Haitians heavily value the importance of education in order to improve their children’s social status. Most children are delayed in some aspects such as toilet training and independence in eating and dressing. However, children are actually taught to be independent and resourceful at an early age.

Children are ordinarily disciplined using physical means. As an outsider, you may think the children are being abused, but this is simply a part of their culture and rearing practices.

Did you learn something you didn’t know? Comment below.

Read more of the original story via Salisbury.edu.