Raphael Élizé is best known as the first Black mayor in a metropolitan French town, a position he took in 1929. He was born 1892 to a tax collector, Augustin and his wife Jeanne in Saint-Pierre, Martinique.

The family moved just prior to the 1902 Mount Pelee Eruption. Eventually, the family settled in Paris around 1902-1903 when Élizé began his education in France. In 1914 he would attend veterinary school in Lyons but enlisted in the Army during World War I. In the military, he was initially a part of the colonial infantry and eventually reassigned as a veterinarian. For his service, he received the Croix de Guerre.

When Raphael Élizé returned from the war, he married and moved to Sablé-sur-Sarthe. This town suited his career as it was in farm and cattle country and he was the only veterinarian at the time.

He and wife Caroline were the only Black people in Sablé-sur-Sarthe. They had a daughter named Jeanne, he took up the hobbies of photography and music, and the family was generally part of the community.

Élizé took roles in the farmer’s association and the saving bank. He was also president of the town’s veterans association. He got involved in politics in 1924 as a member of the French Section of the Worker’s International or SFIO, a socialist party. Raphael Élizé was so well received by the very conservative Sablé-sur-Sarth that he was elected mayor in 1929.

A highlight of his term as mayor was representing the town in the French Association of Mayors in 1935. The Association held a summit in Martinique for the 300th anniversary of Martinique becoming a part of France. It was here that he would visit his brother Mayor Maxence Élizé of Saint-Pierre, their birthplace.

In 1939 he was called up for the French military as the country entered World War II. He was given the rank of captain and served as a veterinarian. When Germany defeated France in the summer of 1940. He was removed from office after returning to Sablé.

Three years later Raphael Élizé became a part of the Resistance and gathered information for the Allies. He was captured several months later in November 1943 and sent to Buchenwald Concentration Camp two months later. As the Allied forces bombed Germany, he was killed on February 9, 1945.

Sablé-sur-Sarth would name the town square after Raphael Élizé in 1946. There was another public square named after him in Le Mans in 2011. In 2013 France released a stamp with Élizé on it. 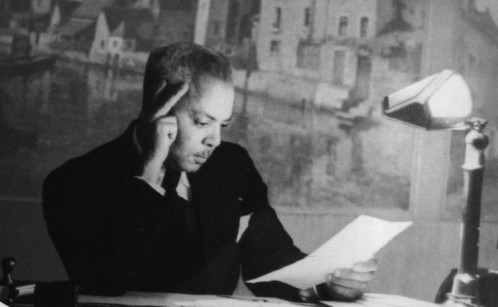