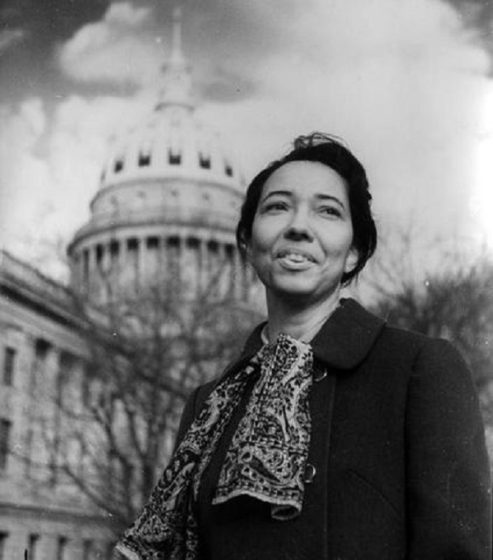 Mildred Mitchell-Bateman was a physician and medical assistant. She became the vice president of the American Psychiatric Association in 1973 and a member of the Presidential Commission on Mental Health which developed the Mental Health Systems Act of 1980.

Mitchell-Bateman was born in Georgia to a minister and registered nurse. From 1937 to 1939, Mitchell-Bateman attended Barber-Scotia College in Concord, North Carolina, and Johnson C. Smith University in Charlotte, North Carolina. In 1941, she graduated from Johnson C. Smith University. In 1946, she received her medical degree from the Women’s Medical College of Pennsylvania. On December 25, 1947, she married William L. Bateman. Bateman was a therapist from Parkesburg, Pennsylvania.

After receiving her medical degree, she set out to study and practice internal medicine, intending to become a general practitioner. But a bulletin board notice announcing that Lakin State Hospital in West Virginia needed doctors drew her to work in mental health.

In 1962, she was appointed the director of the Department of Mental Health in West Virginia. This was a high-ranking position in the government of the state of West Virginia, and she was the first African American, and the first woman, to achieve such an appointment. She held the position for fifteen years. In 1973, she became the vice president of the American Psychiatric Association. In 1977, then-President Jimmy Carter chose her to serve on his Commission on Mental Health.