Roberta Martin was a gospel singer, pianist, composer, and publisher. Martin was born on February 12, 1907, in Helena, Arkansas, as one of six children born to William and Anna Winston. She took piano lessons from her brother’s wife at the age of six. When she was eight, she moved with her family to Cairo, Illinois, and then later to Chicago. 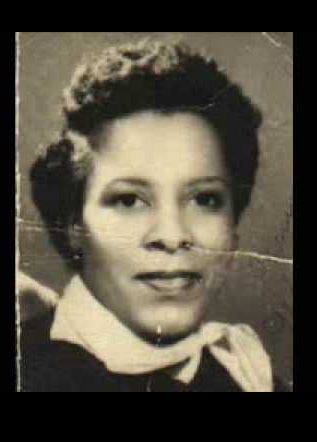 In the 1930s, she began a quartet with friend Theodore Frye. After hearing the Bertha Wise Singers of Georgia, she adopted the Wise gospel piano style. With the help of Frye, she organized a group of male singers, first called the Martin-Frye Singers.

In 1935, she severed her relationship with Frye and renamed the group the Roberta Martin Singers. By the 1940s, she added female singers Delois Barrett Campbell and Bessie Folk. The group toured the nation to great acclaim, as the style of singing was different from most other gospel groups of the time. Whereas most groups would harmonize, each group member sang the song as if they were singing a solo, allowing the listener to be able to pick out each voice singing in the background. The Roberta Martin Singers were also one of the first groups to have every member serve in capacity of being not only a background singer, but a soloist as well.

Martin opened her publishing firm, with its first success as “He Knows How Much We Can Bear” by Phyllis Hall. Martin composed her first selection, “Try Jesus, He Satisfies” in 1943. Martin composed over 100 songs under her own name and that of Fay Brown.

Roberta Martin died in 1969. Her funeral in Chicago attracted over 50,000 mourners.

On July 15, 1998, the United States Postal Service issued a 32-cent commemorative stamp honoring Martin’s influence. The stamp was one of four honoring gospel women, the rest of whom were Mahalia Jackson, Clara Ward, and Sister Rosetta Tharpe.