The Freedom Suits Memorial was installed before the Civil Courts Building in St. Louis, Missouri, on Juneteenth.

This statue has been created in remembrance of African-Americans who filed suit for their liberation amid slavery. Preston Jackson designed the 14-foot bronze monument, which incorporates the identities of black slaves. The Freedom Suits are related to Dredd Scott (pictured).

Scott’s ancient case was brought before the Supreme Court of the U.S. However, Scott did not succeed in winning his landmark case. The genocidal tyrant who owned Scott perished before Scott’s case could be closed, which was a technicality. A Missouri law from the 1800s claimed that if a citizen used to be independent, they were already liberated. Dred Scott contended he and his kin ought to be liberated from slave ownership because they had resided in a free state.

Conversely, in the decision of Dred Scott v. Sandford, the United States Supreme Court stated in 1857 that all individuals of African heritage, either slaves or free, never became nationals of the United States and hence may not file suit via federal court.

“Think about the sacrifices and the struggles and think about how you may be a better person and take this tale along with us,” Lynne Jackson, Dred Scott’s great-great-granddaughter, said during the structure’s dedication.

A picture of the monument, which was taken by the 22nd Judicial Court of St. Louis can be viewed below. 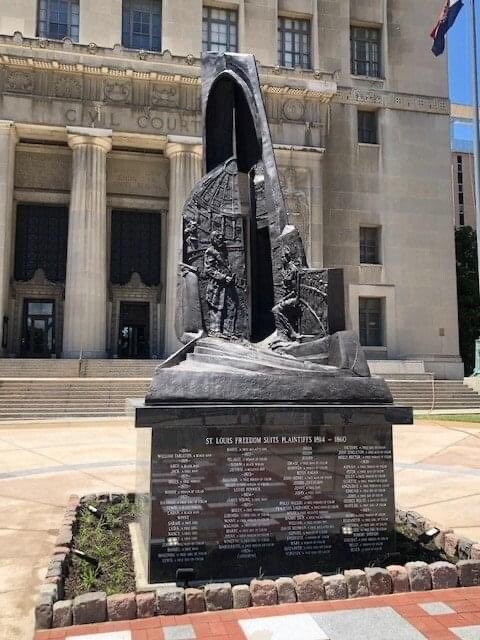