Frank Morris, a 51-year-old #African American, owned a shoe repair shop in Ferriday, Louisiana in 1964. Ferriday, Louisiana was a poor community, and most people could only afford one pair of decent shoes, but Morris was known for making those shoes last a long time. Morris was well-known throughout the community and was known for his mentoring young #black men by providing them with jobs. He was also caring for his 10-year-old grandson, Nathan, whom he had guardianship over. Morris and his grandson lived in small rooms behind his store. On the night of December 10, 1964, Morris heard glass breaking in the front of his store. So, he jumped up and quickly went out to investigate what was going on.

As Morris was on his way out, he was pushed back into the room by two or three armed white men, who were suspected as being members of the Ku Klux Klan. The men doused him and the store with gasoline and set him and the store on fire. The store exploded in flames, but Morris and his grandson were able to escape out the back door.

Two police officers arrived shortly after Morris’s attackers fled. They watched Morris emerge from the back of the building completely on fire-naked, bleeding, exhausted—leaving behind a trail of bloody footprints. Badly burned with third degree burns all over his body, Morris died four days later. But, not before saying he did not know his attackers. 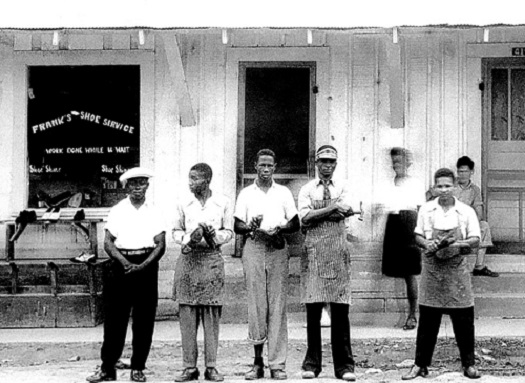 No one was ever convicted of the Frank Morris murder, but later there were confessions by some white men who admitted to being participants of the arson. However, there was never any evidence or proof of their involvement. The Cold Case Justice Initiative have been working with the Concordia Sentinel and the family of Mr. Morris for years to help identify those responsible for his death. In the summer of 2010 law students and the professors worked in the Ferriday, Louisiana and Natchez, Mississippi area investigating Morris’ death and other Klan related killings.