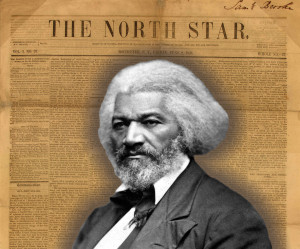 The North Star, later Frederick Douglass’ Paper,  antislavery newspaperpublished by African American abolitionist Frederick Douglass. First published on December 3, 1847, using funds Douglass earned during a speaking tour in Great Britain and Ireland, The North Star soon developed into one of the most influential African American antislavery publications of the pre-Civil War era. The name of the newspaper paid homage to the fact that escaping slaves used the North Star in the night sky to guide them to freedom. It was published in Rochester, New York, a city known for its opposition to slavery. The motto of the newspaper was, “Right is of no sex—Truth is of no color—God is the Father of us all, and we are brethren.”

In the first issue of The North Star, Douglass explained his reasons for establishing an African American-owned newspaper. He emphasized that he did not want to seem ungrateful to people such as William Lloyd Garrison, a white abolitionist who published the antislavery paper The Liberator. However, he claimed that it is common sense that those who suffer injustice are those who must demand redress and, thus, African American authors, editors, and orators must have their own paper with which to share their voices.

Read More Of This Article @http://www.britannica.com/topic/The-North-Star-American-newspaper