James Earl Chaney was from Meridian, Mississippi; he was one of three American civil rights activist who were murdered during Freedom Summer by members of the Ku Klux Klan. James Earl was the oldest son of Fannie Lee and Ben Chaney. At the age of 15 in high school, he and other students began wearing paper patches reading “NAACP.” They were suspended for a week from the segregated high school, because the principal feared the reaction of the all-white school board. 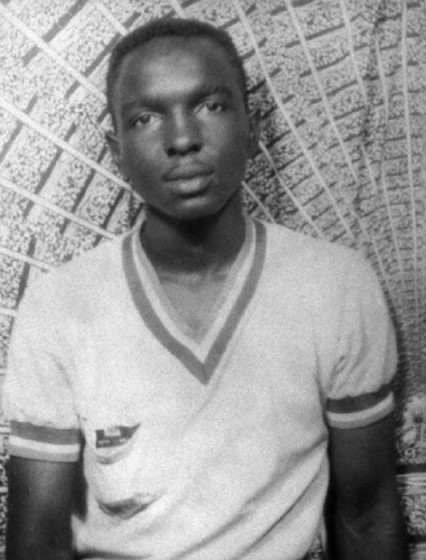 Later Chaney became involved  in civil rights movement. On June 21, 1964, Chaney and two of civil rights activist workers were investigating the burning of Mt. Zion Methodist Church when they were killed. Sheriff Deputy, Cecil Price, arrested Chaney and the two other activist for an alleged traffic violation. He took the young men to Neshoba County jail. The men were released without being allowed to make a phone call. On the way back to Meridian the men were stopped by police lights and two carloads of Ku Klux Klan members on highway 19. The civil rights activists men were taken in Price’s car to another remote rural road. The KKK approached then shot and killed Schwerner, then Goodman, and finally, after chain-whipping Chaney they buried the young men in an earthen dam nearby. The bodies of the men were not discovered for 44 days.

The missing civil rights workers became a major national story, especially coming on top of other events as civil rights workers were active across Mississippi in a voter registration drive. In 1967, the US government went to trial, charging ten men with conspiracy to deprive the three murdered men of their civil rights under the Force Act of 1870, the only federal law then applying to the case. The jury convicted seven men, including Deputy Sheriff Price, and three were acquitted, including Edgar Ray Killen, the former Ku Klux Klan organizer who had planned and directed the murders.

« Previous PostAugust 3: At Just 23, Stevie Wonder Released His 16th Album On This Date In 1973 Next Post »Freedom Rider,James Zwerg, After Being Beaten By Alabama Mob