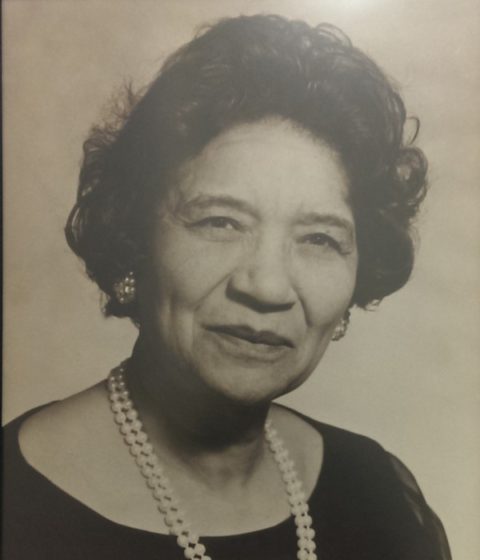 Dr. Cleopatra Davenport Thompson was born in Egypt (Chickasaw County), Mississippi to Alonzo and Lizzie Ann Davenport, where she grew upon a farm with nine other sisters and brothers.

Her father was a teacher, who spent 48 years in the Mississippi Public Schools. Her mother was a devoted homemaker, church leader, and fraternal organizational leader. Later, her family moved to Jackson, Mississippi where she joined the Farish Street Baptist Church, and served on the Deaconess Board, Trustee Board, President of the Women’s Missionary Society, and Chairman of the Scholarship Committee.

From 1956-1957 she served as Associate Professor of Education. In addition, she was an Advisor for elementary education majors, sponsor for the junior class, and Advisor for the Mabel Carney Chapter of the student National Education Association. She is the author of three books. Her articles appeared in several professional publication field and a civic, social and religious groups.