Education: The Burning Desire of Freedmen and Slaves

To obtain an education was the burning desire of most free blacks, especially those who had once been slaves. There were no schools in the south and very few public schools in the north that allowed black residents to attend. From 1829 to 1849, Ohio excluded black students from their public schools, and most of the other western states made little effort to educate people of color.

In the 1780s, a group called the Pennsylvania Society for Promoting the Abolition of Slavery (PAS) took on anti-slavery tasks. They helped freed slaves with educational and economic assistance and also aided with legal obligations, like making sure they didn’t get sold back into slavery. Another anti-slavery group called The New York Manumission Society (NYMS) did many things for the abolition of slavery, such as establish a school for free blacks.

In 1824, the city of New York took over the support of its seven African Free Schools. The schools were founded with the help of the Manumission Society of 1787 and a white teacher, Cornelia Davis. Therefore, black children actually had free education available to them in New York years before similar public schools existed for white children. Manhattan’s African Schools were later able to have black men and women teachers. 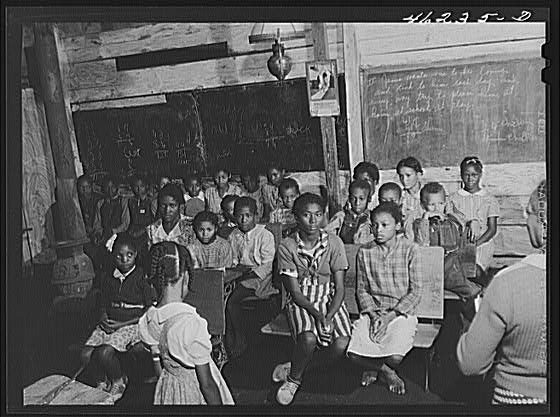 Sarah Roberts sued the city of Boston for discrimination by refusing to admit a black child to its school in 1849. Her lawyer was Charles Sumner and his assistant was a young black attorney, Robert Morris. Despite the effort, they lost their case; however, in the 1855th Massachusetts legislature, it was declared that “no person shall be excluded from a public school on account of race, color, or religious opinions.”

In the realm of higher education, the first black student to graduate from an American college was John Russwurm, who received a degree from Bowdoin College in Maine in 1826. In 1834, Oberlin College gave white students a questionnaire about the practicability of admitting blacks, and it was later one of the first colleges in the West to enroll not only black students, but women as well.