Colored Orphan Asylum: Founded Out of Compassion, Destroyed by Hatred

Escaping up North to freedom often came with challenges of its own. There were numerous children who found themselves on the cold, cruel streets of the city. Orphaned for just about any reason, black children living on the streets were hungry, dressed poorly, and had no real place to call home.

In 1836, three Quakers, Anna, and Hanna Shotwell and Mary Murray, founded the Colored Orphan Asylum to provide assistance to homeless and destitute black children. It was the first institution of its kind in the United States. The building was a four-story building with two wings, located on Fifth Avenue between 42nd and 43rd Street; it housed on average 400 children yearly.

In 1846, Dr. James McCune Smith, the country’s first licensed black medical doctor, became the orphanage’s medical doctor. Along with other like-minded professionals, he encouraged the children to seek skilled jobs when they left the orphanage.

On July 13, 1863, the orphanage was destroyed by a hate-filled mob of white men and women. The mob ransacked the building, looted the premises, and burned it to the ground, which ignited the New York City Draft Riots. The children who were residing at the asylum were led to safety, barely escaping with their lives. The orphanage was re-established on 51st Street and later moved to 143rd Street between Amsterdam and Broadway in Harlem. 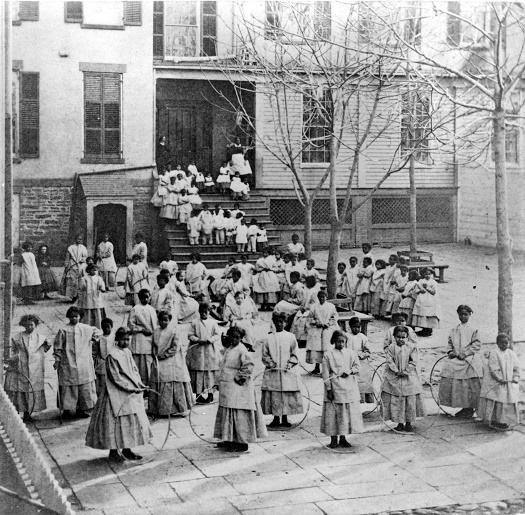