Johnson Chesnut Whittaker: One of the First Black Men Appointed to Westpoint

Johnson Chesnut Whittaker was one of the first black men to win an appointment to the United States Military Academy at Westpoint. While attending the academy, he was brutally assaulted and then expelled after being falsely accused and convicted of faking the incident. Over sixty years after his death, his name was formally cleared when he was posthumously commissioned by President Bill Clinton.

Whittaker was born into slavery on the Chesnut Plantation in Camden, South Carolina. He studied privately with Richard Greener, the first African American to graduate from Harvard College. He later attended the University of South Carolina, then a freedmen’s school and was appointed to the United States Military Academy at West Point in 1876 after receiving an appointment from Solomon L. Hoge. For most of his time at West Point, he was the only black cadet, and he was ostracized by his white peers.

In the morning of April 5, 1880, he was found tied to his bed, unconscious, bleeding, and bruised. His hands and face had been cut by a razor, and burned pages from his Bible were strewn about his room. Whittaker told administrators that he had been attacked by three fellow cadets, but his account of the morning was not believed. West Point administrators said that he had fabricated the attack to win sympathy. Initially, Whittaker was held by a court of inquiry, where he was defended by Martin I. Townsend and his old friend, Richard Greener and finally granted a court-martial.

After more than a year of nationally publicized hearings, Whittaker was found guilty in an 1881 court-martial and expelled from West Point. The prosecuting attorney was West Point Judge Advocate Major Asa Bird Gardiner, later a Sachem of Tammany Hall in New York and disgraced New York District Attorney, who blatantly talked about the “inferior” and “superior” races and commented that “Negroes are noted for their ability to sham and feign.” 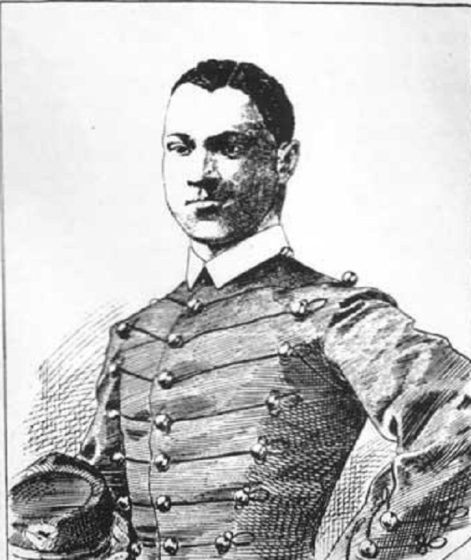