During 1801 and 1865, South Carolina College (today University of South Carolina) owned slaves and employed many others. Most slaves who worked for South Carolina College were “hired” on a short-term basis. These slaves were hired through their owners, and the owners would generated revenue through their labor without having an investment in the actual work. Slaves were more likely to face weekly, monthly, or yearly hiring than being permanently sold. There is not much known about the names of the slaves or the many jobs each held. However, their contributions to the construction and maintenance of the college was significant to the daily life on campus. However, most of the Whites on campus regarded the slaves as being an invisible part of the landscape.

Before the emancipation, South Carolina College students interacted with the slaves every day; whether it was at meal time, in the dorms, or on the grounds. The school was small, and the enrollment was estimated at around 100 students. The students were often young males of wealthy plantation-owning families. Most students entered college as early as fourteen years old to gain a liberal education. 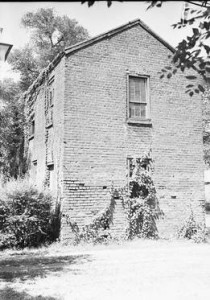 The first few years of college, students were allowed to bring their slaves along with them. The slaves would serve their masters just as if they were still on the plantation. But after 1808, the practice of bringing your slaves on campus was stopped. Instead the college hired slaves to do the work needed. Each student was required to pay a servant fee each year. The slaves would clean the student’s rooms, make their beds, wash clothes, and sweep the floors. Slaves were often beat if a student believed that a slave went back and told a school official about a student disobeying rules. Slaves also often attended to the needs of the students in the dining hall. The slaves would wait tables, but if a student felt the slave was not moving fast enough or just not doing what they needed them to do, they would mistreat the slave. Although, it is said the school did not condone the behavior the students were rarely punished for the mistreatment of slaves.

After students attended classes, slaves spent time cleaning the college classrooms. Some slaves also aided in the chemistry laboratory, or anywhere else they were needed. In 1835, slaves built a wall for South Carolina College, it was to keep students from venturing off campus and into Columbia. Students would venture off and cause trouble in town. The slaves completed the wall in a year; it was six feet, nine inches high. The slaves even made the bricks that was needed to build the wall. #Slavery was in full force at South Carolina College in the 1830s. In a desire to preserve order, the college shifted from an ownership system to a hiring system administered through the marshal.