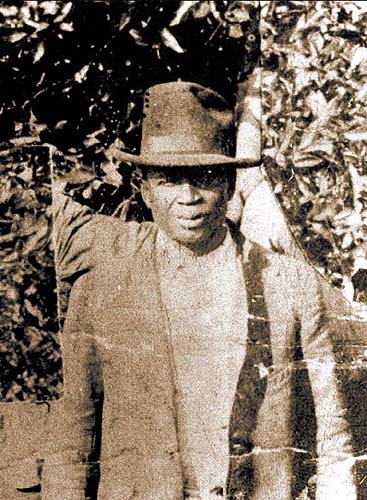 The Ocoee massacre is considered the “single bloodiest day in modern American political history.” The massacre was a violent race riot that broke out on November 2, 1920.

By 1920, there were just over 1,000 residents of the unincorporated town, Ocoee. Almost half of them were black. In fact, the African-American population grew so large that two distinct black communities developed, sandwiching the white-dominated downtown district.

African-American-owned buildings and residences in northern Ocoee, a city in Orange County, Florida, were burned to the ground.

Blacks living in Ocoee who were not direct victims of the race riot were later driven out by threats or force. Ocoee then became an all-white town and remain as such “until sixty-one years later in 1981.”

The race riot started as a white mob’s response to the persistence of Mose Norman, a black man trying to vote on election day. Mose Norman was ordered and driven away when he first attempted to go to the polls. He came back to the polls later, with a shotgun but was driven away by whites. The whites formed a mob to search for him, the group surrounded the home of Julius “July” Perry, a prosperous local black farmer and contractor, where it was believed Norman was taking refuge.

After Perry drove away the white mob with gunshots, the mob called for reinforcements from Orlando and Orange County, who then laid waste to the African-American community in Ocoee and eventually killed Perry. Perry’s body was found “riddled with bullets” and swinging on a telephone post by the highway. His body was left near a sign reading, “This is what we do to niggers that vote.

However, Norman escaped, and was never to be found or heard from again. Other blacks would flee into the orange groves, swamps and neighboring towns, leaving behind everything never to return.