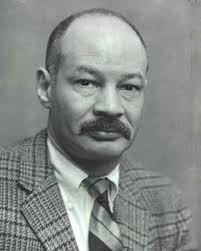 Felrath Hines was a curator and artist who wanted his image work to remain universal and not have relevance to just African Americans.

Hine was originally from Indianapolis, Indiana. He did not start his formal art training until he was 31. He attended the School of the Art Institute of Chicago and later relocated to New York where he studied at the Pratt Institute.

After completing his training to be an art conservator, Hines started his own private business where he works with clients from the Whitney Museum of American Art. He also worked with Yale University Art Galley clients. Hines was a painter of appealing and highly original abstractions.

By 1972, he was working at the Smithsonian Institute as their Chief Conservator. He was in charge of the National Portrait Gallery.

Outside of his artwork, Hines participated in the Civil Rights Movement. He marched on Washington in 1963 and later joined the Spiral Group. The group was formed by black artist Romare Bearden. Hines retired from working in 1984. Hines gave his last show in New York in 1959. He died on October 3, 1993.

Felrath Hines
« Previous PostWe Did It, They Hid It: How Mary Beatrice Davidson Kenner's Hygiene Inventions Changed Your Bathroom Experience Next Post »A Victory Against Institutionalized Racism: The Case of Shelley V. Kramer