Rev. Avery C. Alexander was an important leader in the struggle for civil rights for black Louisianians.

Alexander was born on June 29, 1910, in Terrebone Parish, LA. By 1927, seven years after his father’s death, the family relocated to New Orleans. He attended Gilbert Academy where he took night classes and graduated in 1939. He studied at several universities and graduated from Union Baptist Theological Seminary.

Alexander was ordained into the ministry in 1944. A member of the NAACP, Rev. Alexander traveled statewide participating in voter registration drives in the years before the Voting Rights Act of 1965 was passed. He was instrumental in organizing several boycotts against white businesses to hire blacks for jobs above the “broom and mop” level. He also led a successful boycott against New Orleans Public Service, Inc. to hire the first black bus drivers.

Rev. Alexander participated in marches with Dr. Martin Luther King, Jr., including the march from Selma to Montgomery, Alabama and the first and second marches on Washington. He was arrested during a sit-in being held at the eating facilities at City Hall. Alexander was arrested and dragged by the heels up the steps from the basement of that building. Films of that event became the story of the day nationwide.

In 1975, Rev. Alexander was elected to the Louisiana House of Representatives (Democrat, District 93) holding that office until his death. During his life he was also a real estate broker, insurance agent, and longshoreman, becoming the manager of the longshoreman’s welfare system from 1958-1962. In 1990, he established the Church of All People, a non-denominational ministry. He continued his fight for civil rights until his death at the age of 89 on March 5, 1999. 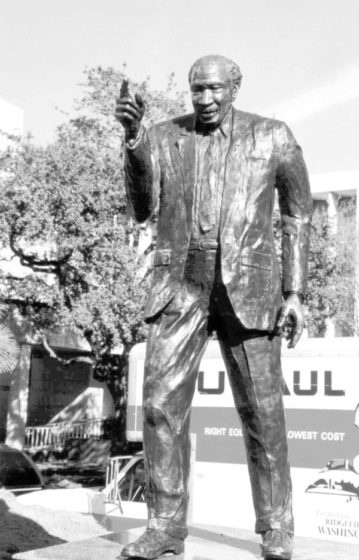