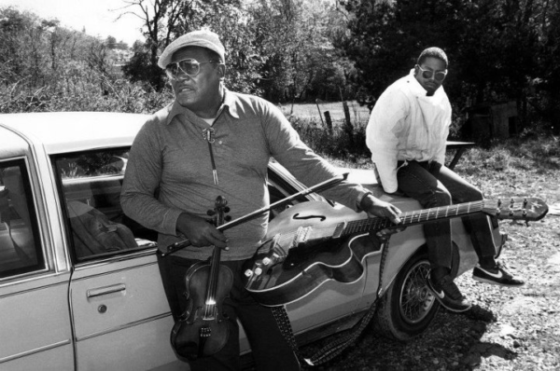 Nathaniel H. ‘‘Nat’’ Reese was a prominent blues musician. Reese was born in Salem, Virginia on March 4, 1924. When he was four, Reese’s family moved to Itmann, Wyoming County, where coal jobs were plentiful. In 1935, the family moved to Princeton where Reese heard a rich musical mix from big-name jazz musicians, local black musicians, and performers on such radio broadcasts as the Grand Ole Opry. He learned to play instruments, including guitar, piano, organ, bass, and string harp.

Reese worked in the coal mines after classes at Genoa High School. For two years, he played jazz and blues on Bill Farmer’s Saturday night show on radio station WHIS Bluefield. He attended Bluefield State College for two years, then left to serve in the U.S. Army during World War II.

In the early 1950s, Reese moved to Michigan and worked in construction, returning to West Virginia in 1959 to work for the State Road Commission. In 1962, he was hired as a photographic silkscreen printer at Rockwell International’s aviation plant in Princeton, where he stayed for 13 years.
Reese, recordings included ‘‘Just a Dream’’ and ‘‘West Virginia Blues by the West Virginia Blues Man.’’ Among his honors were the 1988 John Henry Award and the 1995 Vandalia Award. He was inducted into the West Virginia Music Hall of Fame in 2009. Nathaniel Reese died on June 8, 2012.