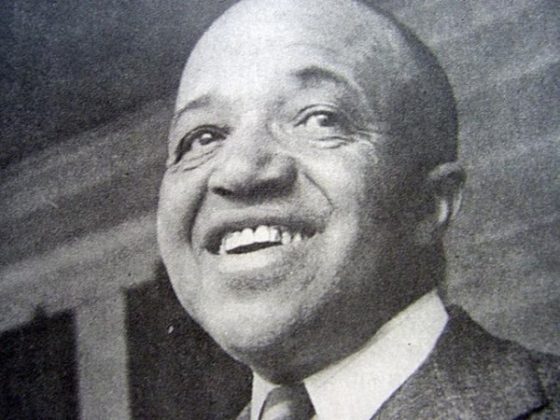 Thomas Hency Brewer, an African American physician, was the driving force behind racial equality in Columbus, GA from the 1920s until his assassination on February 18, 1956, which was widely believed to have resulted from his political activism. Brewer, whose death had considerable impact on local race relations, is recognized as a martyr of the national civil rights movement.

Brewer was born in Saco, Alabama, on November 16, 1894. He graduated from high school and college in Selma, Alabama, and earned his medical degree from Meharry Medical College in Nashville, Tennessee.

In 1920, Dr. Brewer joined a thriving black medical community in Columbus, Georgia, establishing his office on the 1000 block of First Avenue as other black doctors and dentists had done before him. During the late 1920s, Brewer and other black professional men created a service organization, the Social-Civic-25 Club; in 1939 Brewer led these same men in founding a chapter of the National Association for the Advancement of Colored People (NAACP) in Columbus.

The NAACP charter application for a Columbus branch was signed in 1939 by Thomas Brewer, a local physician and political activist.
NAACP Charter Application tactician for the local NAACP, Brewer orchestrated the attack on the all-white primary system in the state of Georgia, designating Primus E. King, a Columbus barber and minister, to challenge the system by attempting to vote in the primary election at the courthouse in Muscogee County on July 4, 1944.

Dr. Brewer initiated successful black-voter-registration drives in Columbus in the late 1940s and early 1950s. He also campaigned successfully for the hiring of black police officers in Columbus; four were hired in 1951 to patrol the downtown black neighborhoods.

By the late 1940s, Dr. Brewer was receiving death threats from such hate groups as the Ku Klux Klan. However, it was his support for racial integration of the public schools following the Brown v. Board of Education decision in May 1954 that brought him the opprobrium of more moderate white leaders and organizations.

Dr. Brewer was shot and killed in the midst of this hostility. Luico Flowers, who owned a clothing store beneath Brewer’s office, said he shot Brewer in self-defense when Brewer, after a heated disagreement, entered his store and reached for a pistol. Police and a grand jury accepted Flowers’s story. Almost exactly a year after Brewer’s death, Flowers was found dead from a gunshot wound to the head. His death was officially ruled a suicide. For many, Flowers’s death was evidence of a cover-up of Dr. Brewer’s murder.