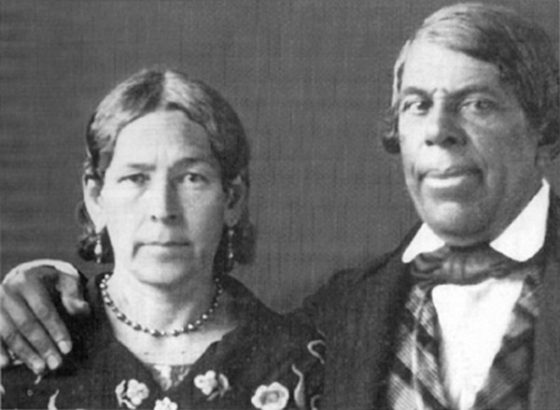 Pio Pico is best known for having been a multiple time and final governor of Alta California, a former region of Mexico that became California. He was born in Alta California on May 5, 1801, making him a Black Californio. His father was a career soldier as was his brother Andres Pico. His paternal grandmother was listed as “mulata” and his grandfather as “Mestizo.”

He moved to San Diego sometime after 1819 and first became governor of Alta California in 1832 for a very short period. Pio Pico started a family in early 1834, marrying Maria Ignacia Alvarado. While in San Diego he pursued farming and over the following decades became extremely wealthy and influential as a rancher.

At the height of his wealth, he owned roughly 500,000 acres in the territory. His hold over the acres became a topic of over 100 lawsuits—all of which he defended against.

In 1845 he would become governor again as Alta California became an independent territory. Prior to the Mexican-American War he leaned more towards the territory being under British rule than as a part of the U.S. Pico would flee his position and hide in Baja California as a result of the War. He would push for military support to no avail.

Following the Treaty of Guadalupe, he returned to California in 1848. He would be voted to the Los Angeles Common Council but didn’t serve instead focusing on his businesses in southern California.

Pico would apply his wealth to building a large three story hotel in Los Angeles in 1868. It was one of the city’s most extravagant hotels with 33 rooms. As a result of a number of factors, it on hard times by 1900.  One main factor was due to the neighborhood going to ruin.  By 1953 California took over Pico House and is currently an exhibition hall.

Pio Pico was the wealthiest rancher in California for decades and known for an extremely extravagant lifestyle. Some bad turns business-wise, a penchant for gambling, and being the target of schemes were just a few hits his fortune took. By the early 1880s he had to liquidate his property and as the early 1890s rolled around Pico was living in poverty.

He would pass September 11, 1894, in his daughter’s Los Angeles house. A year prior he was approached to be a part of a ‘Last of the California Dons’ exhibition but declined, wanting to keep his dignity in his final years.