Historian Herbert Gutman conducted research on the women of the Good Hope Plantation of Orangeburg, South Carolina and what he found was heart wrenching but nonetheless expected. Most young girls by the age of thirteen and fourteen were already mothers. By the time they were twenty, most already had given birth to as many as five children. But in a study done by Carnegie Mellon University, a common practice found among slave owners was to make young slaves between the ages of 13 and 14 sleep naked together in a room to encourage more breeding. Many young girls were r*ped during this time. Young breeding aged girls who gave their white master as many as ten or fifteen children were promised with freedom papers.

It was the norm for young slave girls to have their first child out of wedlock. Young slave girls who had children early on were viewed as being worthy property, and most masters would not sell them off the plantation. Slave women who thought they would 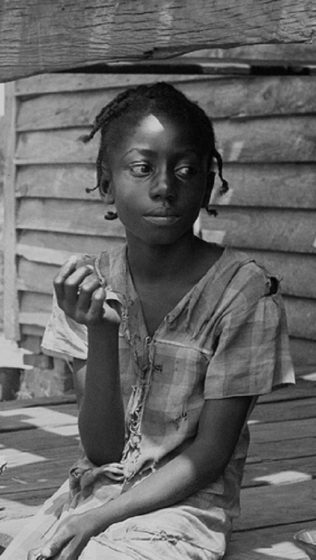 be granted their freedom after ten or fifteen children would continue having babies until their bodies no longer allowed it. Slave women had children a lot earlier than white women because each came with a price tag and highly valuable to the slave owners. Slave owners would not have to worry about purchasing any more slaves because the ones born on his property were his legally.

Babies did not spend a lot of time with their natural mothers if any at all. Some slave owners would allow their slave mothers to leave the fields three times a day to attend to their babies. After a long day of work, most mothers only saw their children for a few minutes at night and on weekends. If a mother was given time to spend with a child, the father was required to pick up the mothers slack. For the most part, older slave women who were no longer useful in the fields cared for the young infants. Children who were too young to work in the field but could help care for the smaller children, did so.