0 Posted by adman - March 18, 2017 - Celebrity, Gone But Not Forgotten, Holidays And Birthdays, LATEST POSTS, MUSIC, Remembering The Forgotten, So Hard To Say Goodbye

Chuck Berry, the singer, songwriter and guitar great who practically defined rock music with his impeccably twangy hits “Maybellene,” “Roll Over Beethoven,” “Memphis,” “My Ding-a-Ling” and “Sweet Little Sixteen,” has died. He was 90.

The singer/songwriter, whose classic “Johnny B. Goode” was chosen by Carl Sagan to be included on the golden record of Earth Sounds and Music launched with Voyager in 1977, died Saturday afternoon, St. Charles County Police Department confirmed. The cause of death was not revealed.

During his 60-plus years in show business, Berry in 1986 became one of the first inductees into the Rock and Roll Hall of Fame. He entered The Blues Foundation’s Blues Hall of Fame in ’85 and that year also received a Grammy Lifetime Achievement Award. 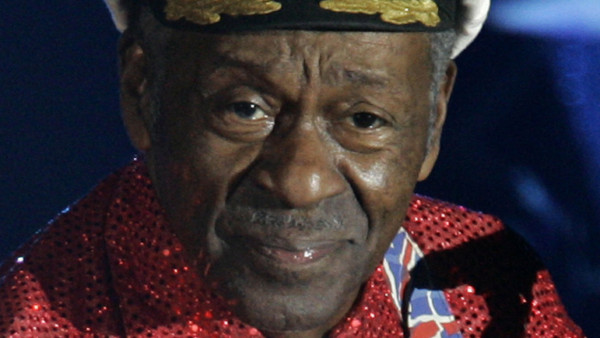